An interview with Roger Griffiths: “We cannot afford to make mistakes, either on or off the track” 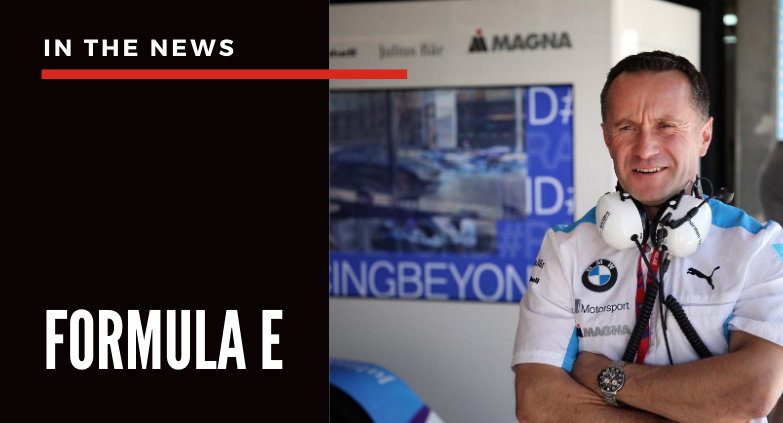 Munich. The grand finale of this season’s ABB FIA Formula E Championship begins this week, with the former Berlin-Tempelhof Airport (GER) set to host six races in nine days. The packed schedule poses totally new challenges for BMW i Andretti Motorsport. In an interview, Team Principal Roger Griffiths explains what is required to enjoy success in Berlin. He also reveals what the team has been up to during the enforced break since the last race in Marrakesh (MAR) on 29th February.

Roger, to give an overview, can you describe what happened since the team’s return from Marrakesh at the beginning of March?

Roger Griffiths: “Despite the team being unable to physically work together we have been communicating effectively and therefore developing the BMW iFE.20 over the last four months. A significant amount of time has gone into developing our tools, procedures and processes. We have also been able to do a lot more in-depth analysis of our past performances and learn a lot from that.”

How were you able to work in the last few months?

Griffiths: “The team was already very adept at working remotely as that is really how we have been working for the last few seasons. With the Andretti engineering group spread around Europe and the USA and with the BMW engineers based in Munich we already had been effectively utilising conference calling, various communications apps and remote connectivity. So for us, it was really no change from the norm.”

When did you get the equipment back after Marrakesh and what did you do with it?

Griffiths: “The equipment came back in early June. We were concerned that the cars might be suffering from several months of being left unattended but I think we were fortunate with the condition we found them. The cars have been run up to confirm all was well initially, but then we have been able to completely rebuild them ready for the last races. We also took the opportunity to make some minor upgrades to the garage and also ensure we are COVID-19 compliant in terms of our future work environment.”

Griffiths: “Really it is no different to any other race preparation. We have been looking at last season to see what we could improve, performing many simulations to make sure we have the best car configuration – at least for the one layout we know from last year.”

Six races in nine days: what does that mean for you from a logistical perspective?

Griffiths: “Logistically it is actually quite straight forward, not having to build and tear down the garage multiple times and transport the equipment and personnel. From a work load it will be tough as there is not much time between the various races so it will be key to make sure that we all minimise the amount of unnecessary work. Anyway, I think you will see a lot of tired faces by the end of the last race.”

The limitations for personnel on site are very strict. How do you deal with it?

Griffiths: “The FIA and Formula E have been very clear on the numbers and we have known for a little while that we will have to operate differently. In the end, it was all about damage limitation. We looked closely at what roles really couldn’t be done without physically being with the car and what ones could be done remotely without losing too much expertise on site. That really guided our decision as to who would be attending. Obviously, when you don’t have a crowd, media, sponsors and other guests then you don’t need to bring the staff to support that aspect. I know it is tough on some of the engineers and other staff as they are all racers and would really love to be with the team but this is the reality of what we have to do to be able to race in Berlin so we accept it.”

Both drivers as well as the team are still in contention in the title race. What are your goals?

Griffiths: “We are here to win races and championships. Both drivers are in strong positions in the championship and the team is only a few points off leading. We have been in contention all season and are certainly looking to try and reach that top step on the virtual podium by the end of the final race.”

What will be key for a good finish of the season?

Griffiths: “Firstly, finishing every race with both cars in the points, not making any mistakes, either on or off track and maximising the available track time for both drivers. All of the that starts with good and thorough preparation and that is where we are focusing right now.”