Andretti Autosport and MindMaze: Driving the Future of Neurotechnology 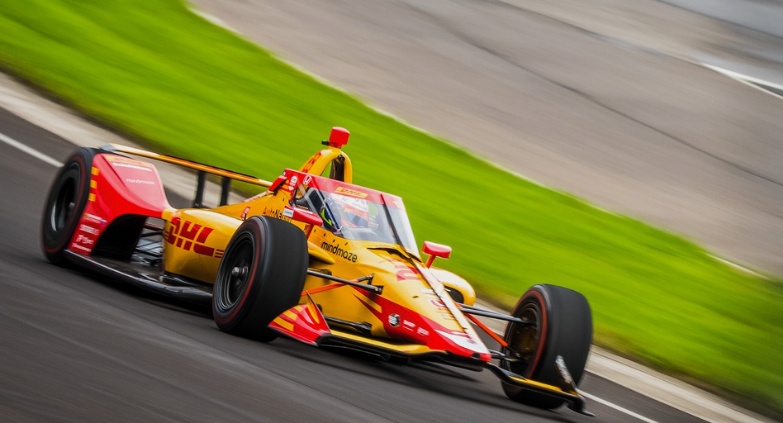 The Andretti Autosport No. 28 DHL Honda welcomes MindMaze, a global leader in neurotechnology, for the 2022 NTT INDYCAR SERIES.

MindMaze expands its presence within the United States with Andretti Autosport and the NTT INDYCAR SERIES community this year. Together, the two entities will engage the public in the evolution of brain technology to support safety in motorsport.

Building on research it has undertaken in the FIA Formula One World Championship, MindMaze is investigating how it can bring about change in motorsport safety and performance through its technology platform.

MindMaze has two core divisions: Healthcare and Labs. Through this sponsorship, the No. 28 DHL Honda will shine a spotlight on the work of MindMaze Labs. This R&D division is a hub of advanced neuroscience, deep tech and innovative engineering. Its mission is to become the pillar on which the future of human computing will be built – improving every aspect of life.

“At MindMaze we are delighted to be partnering with Andretti Autosport for the upcoming INDYCAR campaign,” said CEO Tej Tadi. “On and off the track, Andretti Autosport is well known for continually raising the innovation bar. This makes them the perfect partner as we look to build the future of human performance in motorsport.”

Andretti Autosport Chairman & CEO Michael Andretti has a shared interest with Tadi in creating a better future of healthcare through technology.

“We’re proud to be a representative of MindMaze in the U.S. and a part of the larger global brand they’ve built,” Andretti said. “I believe in raising awareness to the potential MindMaze brings to motorsport. It is essential we as a community continue to build interest in safety culture and that means we must bring in partners with the technology to develop advancements. MindMaze is capable of the innovation that will drive the marriage of safety, technology and sport.”

Through its new partnership with Andretti Autosport, MindMaze will continue to work with its long-time brain health ambassador Romain Grosjean. The Frenchman will drive the team’s No. 28 machine in the INDYCAR SERIES. He will carry MindMaze branding on his race suit, helmet and Honda-powered car.

Grosjean said: "I am very pleased that MindMaze will be joining Andretti Autosport and I for the upcoming INDYCAR season. I'm a big supporter of the work that MindMaze is doing in the neurotechnology space because I've seen some of their incredible results in the healthcare sector. I'm excited about the benefits in safety and performance that this partnership has the potential to unlock."

The first race of the 2022 NTT INDYCAR SERIES will be the Firestone Grand Prix of St. Petersburg February 27, with live broadcast on NBC.