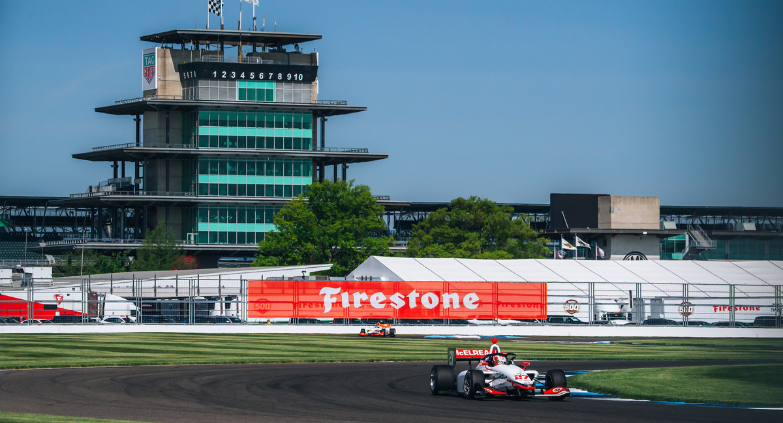 Leading the Andretti Autosport stable, Hunter McElrea will transition to the No. 27 entry for the test and upcoming season. In his rookie season, McElrea shined collecting two wins, three poles, and five podium finishes on his way to the Rookie of the Year award. He is set to return to Andretti Autosport for his sophomore season in 2023.

“I am very excited to start our 2023 preparation during the Chris Griffis test at IMS,” said McElrea. “I always love getting the opportunity to drive at IMS and with it being my home track now, makes it special. Can’t wait to get started and looking forward to being back with the crew.”

Confirmed to join Andretti Autosport for the 2023 season, Louis Foster will experience the increased horsepower of the No. 26 Indy Lights car for the first time. The British racing driver moved to the states in 2022 with his natural speed evident in his first season on the American racing ladder. Foster had a championship winning year claiming the Indy Pro 2000 Championship with seven wins and six poles.

“I’m looking forward to my first test, not only in the Indy Lights car, but also with Andretti Autosport,” said Foster. “It will be a steep learning curve, but one I’m prepared for.”

Chadwick is the only confirmed female driver participating in the one-day test.

“Really excited to be joining the team again for the Chris Griffis test,” said Chadwick. “It’s another opportunity to get myself back into the Indy Lights car and get used to it, this time with the support of the full team. I am excited to get my first taste of the Indianapolis Motor Speedway road course and learn as much as I can.”

Rounding out the fourth Indy Lights test entry is James Roe in the No. 29 Indy Lights car. The Irish driver began racing in 2016 competing in the Formula 4 UAE Championship before h transitioned to the American racing scene in 2018. Roe joined the Indy Lights grid for the 2022 season making 11 starts with his best finishes coming at the Detroit Grand Prix and Road America.

“Extremely happy to be joining the team for the upcoming Chris Griffis test,” said Roe. “It’s a dream for any driver to put themselves in an Andretti Autosport seat and work with a team of such caliber. Big thank you to JF Thormann for the opportunity and all our loyal partners who make it all happen.”

Driver development is a cornerstone for Andretti Autosport. Since 1996, the team has taken part in the Indy Lights Championship that awards the series winner a scholarship to move to the top echelon of American open wheel racing, the NTT INDYCAR Series. The Chris Griffis Memorial Test allows for up-and-coming talent to experience and test new machinery each year.

“Andretti Autosport has championed the opportunity to allow drivers from around the world a chance to learn, develop and better their race craft. The Chris Griffis Memorial Test is a great opportunity for that in our back yard at IMS,” said Andretti Autosport President JF Thormann. “We are looking forward to welcoming Hunter (McElrea) and Louis (Foster) to their first 2023 season preparations and to Jamie (Chadwick) and James (Roe) as well who will be getting more time in an Indy Lights car at the test to continue their racing development.”

The Chris Griffis Memorial test will take place Friday, October 21st at the Indianapolis Motor Speedway. Coverage of the test will be available on the Andretti Autosport social media channels.