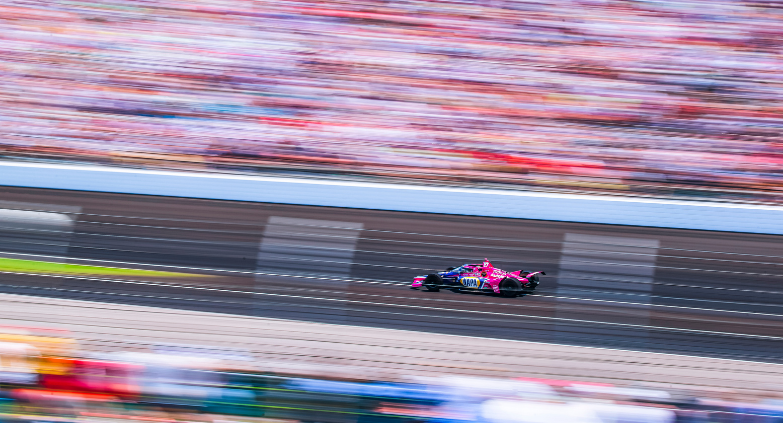 Andretti Autosport’s five entries had very different storylines by the end of the 500-miles at the Indianapolis Motor Speedway. The 106th Running of the Indianapolis 500 Presented by Gainbridge was the show it promised to be.


Alexander Rossi in the No. 27 NAPA AUTO PARTS / AutoNation Honda started the race 20th and finished fifth. Rossi completed the second most on-track passes of the race to make it to the front of the field. A caution on Lap 195 turned into a red flag, allowing drivers a real shot at the win. Rossi took the green and pushed for the front. In the end, he held steady for his top-five finish.


Rookie Devlin DeFrancesco started his first Indianapolis 500 24th and ran as high as 17th over the course of the race. The rookie shows immense maturity as he made his jump into 20th on Lap 1. Pit stop shuffling and cautions would place DeFrancesco and the Andretti Steinbrenner No. 29 PowerTap Honda 20th at the drop of the checkered flag.


Marco Andretti returned to IMS for his 17th attempt at the historic race. He had the skill to take his No. 98 KULR / Curb Honda from 23rd to the lead by Lap 185. Andretti would lead three laps before taking the No. 98 into the pits for a fuel-only stop, necessary to finish the race. The Andretti Herta Autosport w/ Marco Andretti & Curb-Agajanian entry was competitive but would finish the day 22nd.


Colton Herta and the No. 26 Gainbridge Honda crew went into the race without having any track time on their machine. A late incident in the Final Practice session Friday had the team switching to the backup car and rebuilding an entirely new car for race day. Herta started the race 26th, with an untested race car, and would retire early, resulting in 30th in his fourth Indy 500.


With enthusiasm, Romain Grosjean took on his first May with the NTT INDYCAR SERIES. He qualified ninth, the highest qualifying Andretti Autosport entry and Fastest Rookie honors. Grosjean spent much of his race near the front of the field before an incident in Turn 2 brought his day to an early end. Grosjean finished the day in the 31st position.


Next on the docket for Andretti Autosport is the Detroit Grand Prix on the streets of Belle Isle. The team has simultaneously prepared street course Honda’s alongside preparing oval-ready cars for the Indianapolis 500. The race will be broadcast live on USA and NBC’s Peacock Sunday, June 5.