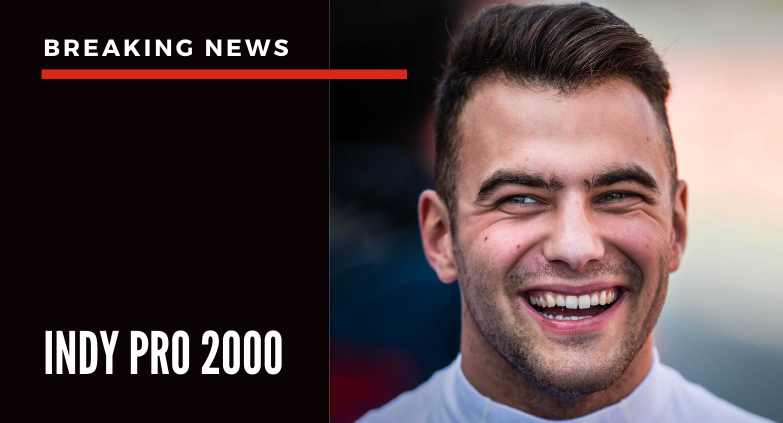 Andretti Autosport and Steinbrenner Racing have again joined forces for a return to the Road to Indy ladder system by joining Indy Pro 2000 Presented by Cooper Tires series with Devlin DeFrancesco behind the wheel. The co-effort of Andretti Steinbrenner Autosport last entered the Road to Indy with Colton Herta in the 2018 Indy Lights season. The team finished second in the series championship and a historic Month of May sweep, including victory at the Freedom 100, at Indianapolis Motor Speedway.

"We are excited to expand the Andretti-Steinbrenner racing program with the addition of Devlin," said George Michael Steinbrenner IV, owner, Steinbrenner Racing. "In my time around both motorsport and baseball I’ve come to realize the importance of youth development and the process athletes go through to make it to the top level. With that importance in mind, it’s become an emphasis for the future plans of Steinbrenner Racing to help drivers in that development process and guide them to the 'big leagues'."

Andretti Autosport has a deep history in Indy Pro 2000 [formerly known as Pro Mazda/Star Mazda], from 2011 to 2015, capturing 32 victories, 32 pole positions and bringing home the series championship in 2013 [M. Brabham].

"We are looking forward to returning to the Indy Pro 2000 paddock for the 2020 season and continuing our strong partnership with Steinbrenner Racing," said Michael Andretti, Chairman and CEO, Andretti Autosport. "After the Coronavirus Pandemic altered the Indy Lights season, we felt that Indy Pro 2000 is a great opportunity to keep our up-and-coming drivers inside the cockpit. We had our eye on Devlin for a while and excited to have him join Andretti Autosport.  With his European experience and natural talent, we are confident in what he can do behind the wheel of his Indy Pro 2000 car."

DeFrancesco, an Italian Canadian was born in Toronto but grew up in South Florida. He began his karting career at the age of six and has been behind the wheel ever since. Most recently, he competed in the FIA Formula 3 Championship followed by the FIA Formula 3 Asian Championship over the “winter break” between 2019 and 2020, capturing three podiums and one pole position. The season ultimately came to a halt in early 2020 out of precaution for the ongoing global health crisis.

Outside open-wheel racing, the 20-year-old has competed twice in the 24 Hours of Daytona in the WeatherTech SportsCar Championship [IMSA]. DeFrancesco finished sixth in his debut in 2018 and recorded a career best of fifth in 2019.

"I’ve had an incredible time racing in Europe over the past nine years but I’m really looking forward to coming home to North America and racing with Andretti Steinbrenner Autosport," said DeFrancesco. "I can’t wait to get started and be back on track. I’ve been doing a lot of virtual racing with my sponsor Allinsports in The Race All-Star Series but I can’t wait to be back on track for real. My goal and ambition is to eventually follow the 'Road to Indy' and compete in the NTT INDYCAR SERIES, but I know I have a lot to learn and many steps to take prior to that. The car will be new for me, many of the tracks are new and of course the team is new for me as well. However, I know what they have achieved in the past and I'm fully aware of what an amazing opportunity I have ahead of me. I am extremely grateful."

DeFrancesco will step into the No. 17 WTF1.com car for the first time when the series hits the track at Road America for the 2020 season opener on July 9-10.