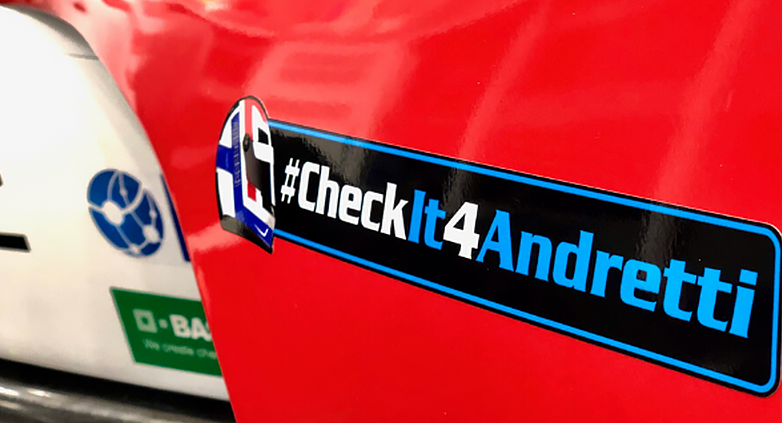 “The #CheckIt4Andretti initiative was so important to John, and he helped save so many lives by sharing his fight,” said Michael Andretti. “We’re really proud and honored to keep the message going by carrying #CheckIt4Andretti on our cars and team uniforms this year. We’d like to thank Richard Petty Motorsports for their collaboration on the logo. We look forward to seeing it with them on the NASCAR grid as well. John will be missed deeply, but his legacy will go on.”

In May 2017, John Andretti went public with his fight against colon cancer by launching the #CheckIt4Andretti campaign to spread messaging on the importance of colon cancer screenings. The hashtag and John’s message were carried far and wide by the racing community with attention from INDYCAR, NASCAR, NHRA and sprint car communities. Andretti took pride in knowing he was helping others, even if the calling seemed unfair to his own personal health.

John Andretti died Jan. 30 after the long and public health battle. Despite his own pain, Andretti was committed to spreading the message of early screening as means of cancer prevention – a message that will now live on.

Michael Andretti urges racing communities worldwide to join the effort by carrying John’s message forward through the 2020 season and beyond.