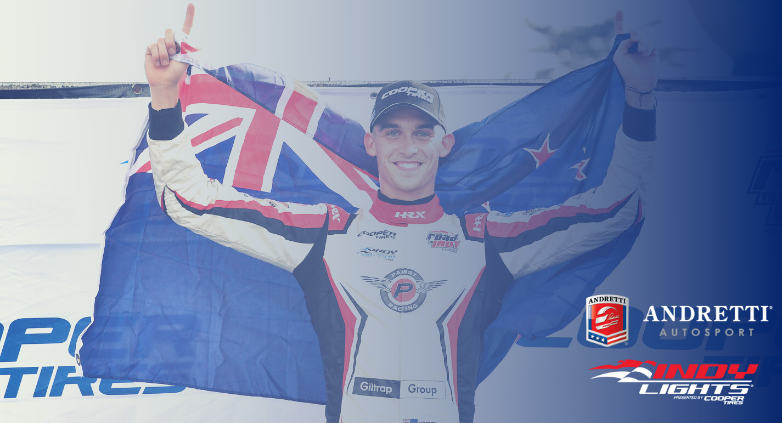 Andretti Autosport announced today that New Zealander Hunter McElrea will make the step up to the Indy Lights Presented by Cooper Tires Championship for the 2022 season. McElrea joins the championship-winning team following a third-place finish in the 2021 Indy Pro 2000 Championship Presented by Cooper Tires.
“It is with great pleasure that we welcome Hunter to our 2022 Indy Lights program,” said J-F Thormann, President, Andretti Autosport. “Hunter has been very competitive in his Road to Indy career, and we have high hopes that he can continue that pattern next year for us in Indy Lights.”

“It is a dream come true for me to join a team like Andretti Autosport,” said McElrea. “After my first days in an Indy Lights car and working with the team, it’s clear to me why they are one of the world’s most successful race teams. I cannot thank my sponsors, backers, and investors enough for making this possible for me. And of course, everyone at Andretti Autosport for welcoming me. This is the biggest opportunity I have ever gotten in my racing career to date, and I plan on making the most of it!"

For the 2022 season, McElrea will pilot the No. 27 Dallara joining previously announced teammate, Sting Ray Robb [No. 2 Dallara].