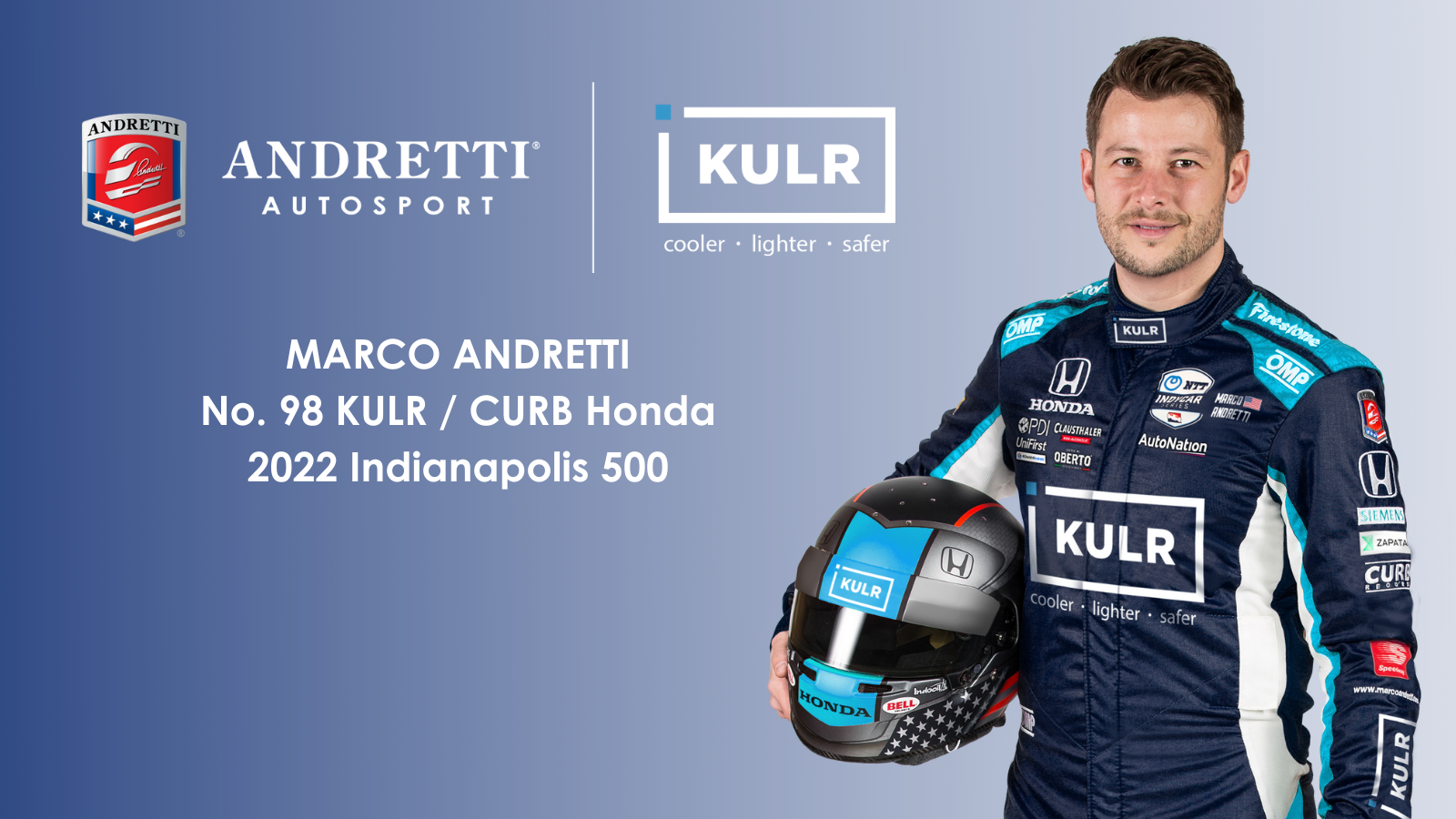 KULR Technology Group (NYSE American: KULR) has joined five-time Indy 500 championship winning team, Andretti Autosport, to serve as the primary sponsor of Marco Andretti’s No. 98 Honda for the 106th Running of the Indianapolis 500 Presented by Gainbridge. The 2022 Greatest Spectacle in Racing will mark the third-generation driver’s 250th INDYCAR career start.
KULR Technology Group first joined Andretti Technologies (“ATEC”), the advanced technology arm of Andretti Autosport, and sister team, Andretti United Extreme E, in 2021 as the official thermal management and battery safety technical partner. The goal of the ATEC partnership focuses on transferring aerospace knowledge onto the racetrack. KULR’s expertise with lightweight, high-performance thermal management solutions through space exploration provides the opportunity to implement new cooling technology, battery cell architecture and testing methodologies within the high performance and high-power applications across the motorsport landscapes.
“We’ve worked with KULR through Andretti Technologies for over a year now, including last year’s Indy 500 with Marco, and we are thrilled to now welcome them as a primary sponsor to our INDYCAR program,” said Andretti Autosport Chairman and CEO Michael Andretti. “The development potential of KULR’s technology is exciting given their expertise in high-performance thermal management solutions and understanding of battery safety. We look forward to this special event in May as Marco celebrates 250 career INDYCAR starts.”
“We are humbled and honored to have the legendary Andretti Autosport racing team represent the KULR brand in the upcoming Indianapolis 500,” said KULR President and COO Keith Cochran. “As the primary sponsor for the No. 98 car driven by Marco Andretti, we are extending our partnership with Andretti Autosport and further demonstrating the breadth of applications for KULR's technologies.”
Returning behind the wheel with Andretti Herta Autosport with Marco Andretti and Curb-Agajanian, Andretti is set to make his 17th Indy 500 start. Over the 16 starts, Andretti has recorded eight top-10 finishes and four podium results, additionally earning the Indianapolis 500 pole position in 2020. He will look to capitalize on his experience at the famed 2.5-mile oval and achieve his first Indianapolis 500 victory.
The No. 98 Honda and Marco Andretti will return to the track for Open Testing on April 20, ahead of the official Indianapolis 500 opening day on May 17. The 106th Running of the Indianapolis presented by Gainbridge will be seen on May 29 with live coverage on NBC.