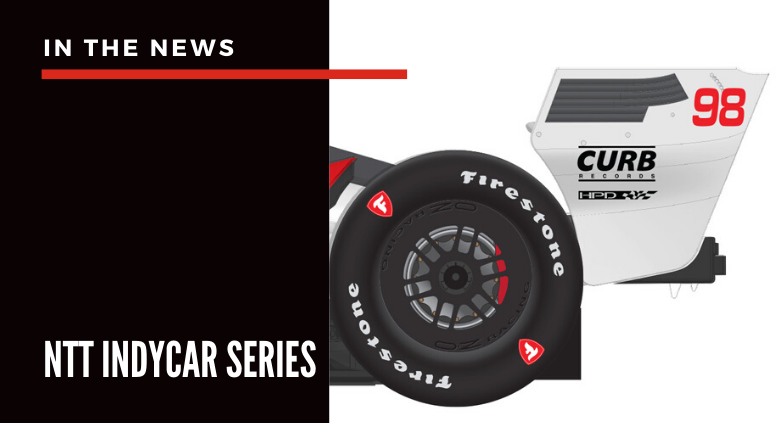 “Mike Curb has done more to support teams and drivers in every imaginable level of motorsports competition than anyone I know,” said Bryan Herta. “He, along with Cary Agajanian, have been cornerstone partners to our team and been part of every major success we have enjoyed in the last decade. We are proud to honor Mike and everything he and Cary have accomplished in 55 years of entering and supporting cars, teams, and drivers.”

“We are very proud to honor Mike Curb and Cary Agajanian for their 55 years being involved in motorsports,” said Michael Andretti, Chairman & CEO of Andretti Autosport. “Curb-Agajanian has a been a great partner and the impact they have made not only among our team, but the motorsports industry in general, is truly incredible.”

Over the course of the 55 years that Curb-Agajanian has been involved in motorsports, they have been a part of over 1,000 victories across all participating platforms. Within that impressive accomplishment of victories, Curb-Agajanian includes a Rolex 24 Hours of Daytona overall win, Richard Petty’s 200th NASCAR victory, the 1980 NASCAR Cup Championship with Dale Earnhardt, Colton Herta’s 2018 Freedom 100 victory, and, of course, two Indianapolis 500 victories.

“Bryan Herta has been an amazing partner for Cary Agajanian and me since the inception of his company,” said Curb. “Bryan has made it possible for us to share in two Indianapolis 500 victories with Dan Wheldon and Alexander Rossi, and Colton Herta’s victory in the Indianapolis Freedom 100. Cary and I are excited about our partnership with Bryan and Michael and Marco Andretti and excited that our racing team is going forward in a very positive way this year.”

The Curb logo will appear on the rear wing of Marco Andretti’s No. 98 U.S. Concrete / Curb Honda at starting with Saturday’s GMR Grand Prix on the road course at Indianapolis Motor Speedway - part of crossover weekend with NASCAR Cup Series and NASCAR Xfinity Series. Fans can tune in for coverage of the GMR Grand Prix live at 12 p.m. ET on NBC.