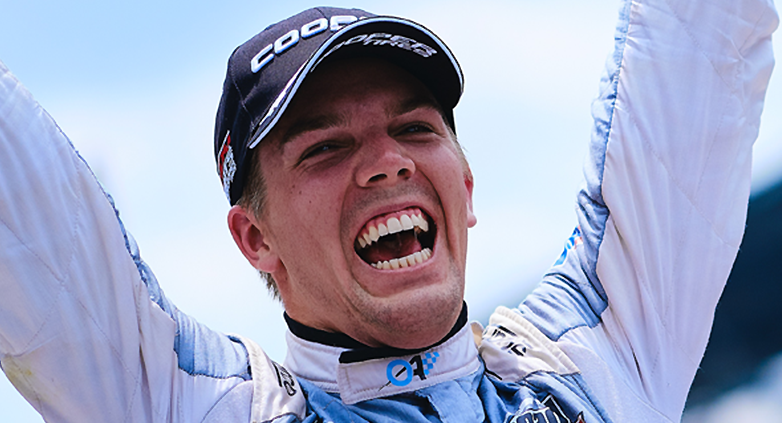 INDIANAPOLIS – “This is the biggest race I’ve ever won in my life!”

The 22-year-old Floridian started eighth and methodically put together moves before making a last-gasp dash to beat Andretti Autosport teammate Ryan Norman at the finish line by a tight 0.0067 of a second – the fourth-closest finish in the event’s 17-year history – to take his third win of the 2019 season.

“I cannot believe it. It's insane. Those are just the words that I can find to describe that,” said Askew, driver of the No. 28 Andretti Autosport Dallara IL-15.

“This is the biggest race I’ve ever won in my life! I've never raced in front of this many people and I'm beginning to realize what just happened. I wouldn't want to win with any other team. I wouldn't want to win against another driver in Ryan Norman. He's really good around this track and he was one of the top guys to beat here.”

Starting second, Norman jumped to the lead quickly in the No. 48 Andretti Autosport entry and appeared to have the dominant car. Norman led 29 of 40 laps on the 2.5-mile oval.

But on the final lap, he attempted to run wide off of Turn 4 to stall the momentum of the charging Askew, who dove inside instead and won the sprint to the finish. Although the move wasn’t enough to prevent the heartbreaking defeat, it did provide Norman promise with his best result of the season.

“My plan really through the first three-quarters of the race was just kind of stay up from, keep the front tires clean,” said Norman.

“Last year when I stayed back farther in the group, my front (tires) fell off pretty hard and I was getting a lot of push. So I just tried to stay up as much as I can, knowing that I was saving my front tires. Then with about 10 laps ago, that's really when that battling starts. And at that point you really can't plan it.”