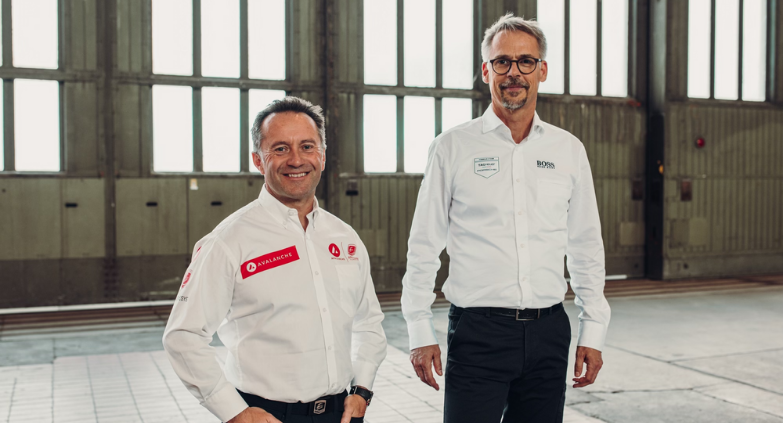 Avalanche Andretti Formula E announced today that they will join forces with Porsche from the start of Season 9. Porsche will provide the powertrain and other support services for Avalanche Andretti under a long-term agreement.


The agreement will bring the Andretti name and Porsche brand together for the first time since 2008 when the late John Andretti carried the Porsche emblem for the Daytona 24 Hours. The manufacturer and family share a storied past which includes a run at Le Mans that saw the father-son pairing of Mario and Michael Andretti as teammates for one of motorsport’s most iconic races.


"Our Formula E journey began with Season 1 and we’re very proud to now be looking ahead to the next generation of the sport. Avalanche Andretti FE has an ambition to win, and with the support of Porsche, we have full confidence in our performance and growth. The agreement is an important step in our future and commitment to our sport, partners, and fans.


"Our history with Porsche as two historic racing teams means this collaboration was a natural fit, and we look forward to a new chapter starting in 2023."


"Season 9 will be an important year for our team and the series. It was vital that we made a strong choice in our powertrain provider in preparation for this new chapter and exciting generation of car – and we have that in Porsche. We are looking forward to starting Gen3 as a formidable competitor.


"We remain focused on the rest of this season, we continue our powertrain relationship with BMW, who have been a valued partner to our team and will support us until the end of this season. We’ve had many successes together through the years and thank them for both their partnership and friendship."


"It’s important for us to support a customer team that demonstrates the same passion and professionalism in Formula E as we do. Avalanche Andretti has raced in Formula E since the inaugural 2014 season. For us, it’s a huge vote of confidence that one of the most experienced teams has chosen to work alongside Porsche from Season 9 onwards and wants to field two Porsche 99X Electric racers.


"Porsche and Andretti are united by a long tradition, and it all started when Mario and Michael made their Le Mans debuts in a Porsche 956 in 1983. We’re delighted that the tradition is continuing in Formula E, and we hope our partnership will be just as successful."


"We look forward to sharing the insights we’ve gained in the field of electrified high-performance power units since joining Formula E with Avalanche Andretti. We’ll do our utmost to ensure that our new partner can benefit from our technology as quickly as possible and that we’ll witness four Porsche 99X Electric fighting for victory from Season 9."