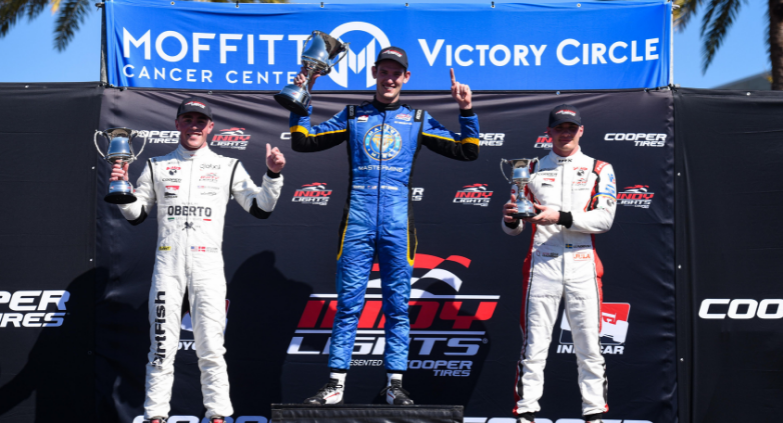 Matthew Brabham made an emphatic return to the Indy Lights Presented by Cooper Tires series Sunday, winning the Grand Prix of St. Petersburg in dramatic fashion with a late-race pass in an Andretti Autosport-dominated race.

Brabham capitalized on the misfortune of Andretti teammate Christian Rasmussen, who dominated the race but ran out of fuel with less than two laps to go. Brabham led just the final two laps of the 45-lap race in the No. 83 Andretti Autosport entry in his first Indy Lights start since 2015 at Long Beach.

This was the first Indy Lights victory for Brabham since May 9, 2014 at the Indianapolis Motor Speedway – a span of 2,851 days.

“First thing’s first, absolute heartbreak for my teammate Christian,” Brabham said. “He had me in the race. I couldn’t keep up. I could just stay in range, but not enough for the push-to-pass. I can’t imagine how he’s feeling. But for me, especially after being away for so long and coming back and having success like that, it’s unbelievable. I’m speechless. I’m pretty emotional.”