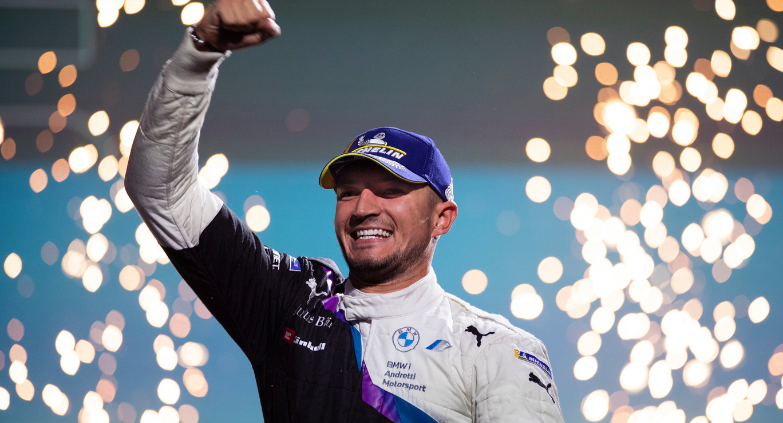 Jake Dennis (BMW i Andretti Motorsport) strode to a serene victory in his home E-Prix in London, with a masterful performance that saw him finish five seconds clear of second-placed Nyck de Vries (Mercedes-EQ) and countryman Alex Lynn (Mahindra Racing).

Dennis broke free of early leader Lynn having pinched the initiative during the second round of ATTACK MODE activations. From there, the Brit cooly strode away from the rest - strong on energy management as the most effective driver on regen through the encounter - mirroring the first win of his rookie Formula E campaign back in Valencia.

That top score catapults Dennis into second in the Drivers' table after standings leader Sam Bird (Jaguar Racing) was forced into retirement after contact on a congested opening lap.

De Vries clambered through the pack from ninth to claw himself back into title contention and haul Mercedes-EQ up a spot in the Teams' running. Lynn led for a significant portion of the race but a costly lock-up at Turn 10, with Dennis still to take his second ATTACK MODE activation, handed the initative to his compatriot. The Mahindra racer would have to settle for third.
Nissan e.dams Sebastien Buemi wound up fourth, with Porsche's Andre Lotterer fending off the Audi Sport ABT Schaeffler pair of Rene Rast and Lucas di Grassi for fifth.
Mercedes-EQ's Stoffel Vandoorne leapt from 14th to finish eighth, and reigning champion Antonio Felix da Costa (DS TECHEETAH) did likewise, winding up ninth from 17th on the grid - vital points towards his title defence with Bird's non-finish. Buemi's Nissan teammate Oliver Rowland rounded out the top 10.
The Heineken® London E-Prix Round 13 follows tomorrow, with Free Practice 3 from 08:00 BST, followed by qualifying at 10:00 and the race itself at 14:00.