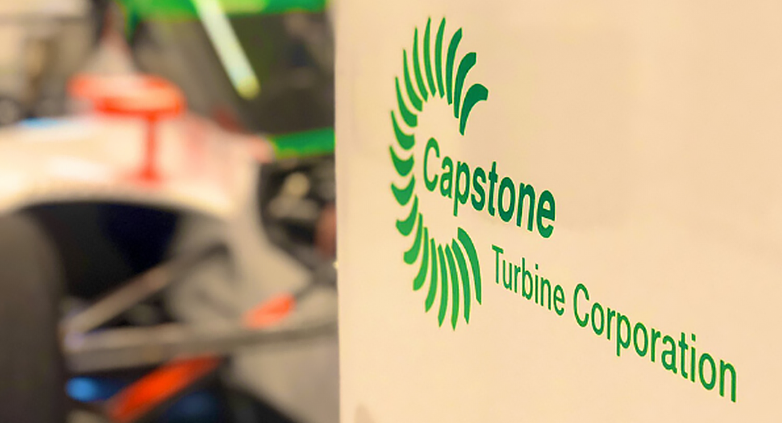 The green and white of Capstone Turbine Corporation will again be displayed on the No. 88 Andretti Harding Steinbrenner Autosport car of Colton Herta for the 2020 NTT INDYCAR® SERIES season. The southern-California based clean energy company will serve as the primary sponsor at the upcoming COTA open test, as well as six events including the AutoNation INDYCAR Challenge at COTA and races at Texas Motor Speedway, Road America, Richmond Raceway, the streets of Toronto and WeatherTech Raceway Laguna Seca.

Capstone first appeared on the sidepods of the sophomore driver’s car in 2019 on the streets of Toronto and continued through to the season finale race where Herta scored victory from pole position for the then Harding Steinbrenner Racing team. The partnership also extends the relationship between Andretti Autosport and Capstone Turbine which began during the Month of May in 2019 with driver Alexander Rossi.

“The youthful Colton is a perfect fit for the image of our clean and green microturbine technology. The younger generation makes up 30% of the population, and are arguably the most concerned when it comes to environmental sustainability as the first generation to have grown up with climate change as part of everyday life,” stated Darren Jamison, Capstone's President and Chief Executive Officer.

“The valuable business relationships we have developed with the support of George Steinbrenner IV and Mike Harding, as well as the new B2B opportunities that will come this season by being part of the Andretti Autosport family, offers Capstone a platform to reach the racing community and help more companies save money and lower their carbon footprint. We are honored to sponsor the No. 88 at the COTA open test February 11-12, and we can’t wait to get back on the grid in April,” concluded Jamison.