EVERY ONE OF KYLE KIRKWOOD'S ROAD TO INDY WINS 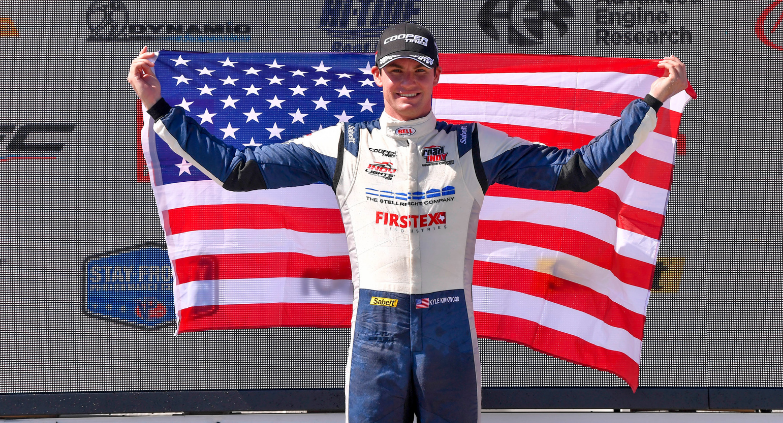 The Road to Indy has a huge success rate in taking young drivers all the way to IndyCar, aided by its scholarship system for series champions, and has also established its own stars at the lower levels.

One of those is Andretti Autosport driver Kyle Kirkwood, who is currently contesting his rookie Indy Lights season and has previously driven for the team in the IndyCar iRacing Challenge.

Kirkwood, now 22, started his single-seater career in F1600 Championship Series in 2015 and soon became a race winner. He moved into United States Formula 4 for 2016, finishing third in the points in his rookie season, as well as returning to wingless cars for the Formula Ford Festival and Walter Hayes Trophy, in which he finished fourth.

A second year in US F4 resulted in nine wins out of 20 races, and began the dominant winning form that Kirkwood has taken through the rest of his career. In 2018 he stepped up to Formula Regional Americas and was beaten only twice in 17 races, and that same year he joined the Road to Indy with Cape Motorsports in USF200. In a 14-race season he took 12 wins.

That earned him the scholarship to step up to Indy Pro 2000, with Italian team RP Motorsport, and while he only made the podium twice in the first five races he was still able to win the title off the back of nine wins in the next 11 races. However retiring from the season finale at Laguna Seca meant he was champion by just two points.

He then signed with Andretti to step up to Indy Lights for 2020, but the season’s cancellation meant he had to wait until this year for his debut. The results so far are four wins in 10 races, in addition to two poles, and he’s second in the points.