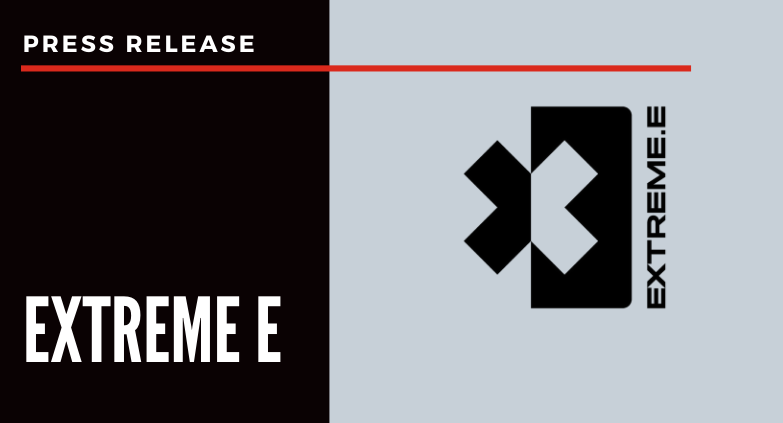 LONDON (April 30, 2020) - Marking a world first in motor racing, Extreme E, the pioneering electric off-road racing series, will see teams field both a male and female driver in its races – promoting gender equality and a level playing field amongst competitors.

Teams will be composed of a male and a female driver, competing together in every two-lap race as driver and co-driver. Each will complete one lap behind the wheel of the ODYSSEY 21 electric-SUV, with a changeover incorporated into the race format, and it’s up to the teams to determine driver and co-driver to best suit their strategy.

The only differentiators in Extreme E will be raw talent and ability, with teams and drivers striving to extract every tenth-of-a-second in the fight for the top step of the podium.

Alejandro Agag, Extreme E Founder and CEO, said: “This is a first in motor racing. We are ensuring with our sporting format that drivers of all backgrounds will be able to compete with the same tools at their disposal at every event on the calendar.

“We are striving for equality, and this sporting format is the truest reflection of that goal. Everybody will race together and the most effective combination of drivers, team, engineer and car will rise to the top.”

Michael Andretti, CEO of Andretti Autosport, the first U.S. team announced to Extreme E added: “We were very proud to recently announce Andretti Autosport’s entry into Extreme E, and now equally as excited to share in the news of the new sporting regulations promoting gender equality. As the mindset of motorsports continues to evolve, it is efforts like these from Extreme E that will help bring new opportunities to light. The world of motorsport is full of raw driver ability, both male and female, and we have had the privilege to work alongside so many of these top talents. I look forward to announcing our male/female driver lineup in the near future.”

Michèle Mouton, President of the FIA Women in Motorsport Commission said: “This is a great opportunity for women and men to team up, compete together and against each other with the same material.

“Alejandro [Agag] and his team continue to really support gender equality in our sport with concrete actions that help highlight the ability of female racers and give them a chance. It will be interesting to see the team line-ups as they are announced and I look forward to following Season One when it starts early next year.”

Extreme E drivers will compete wheel-to-wheel on the same stages, in the same 550 horsepower E-SUVs, using the same bespoke all-terrain Continental tyres in heats, semis and finals, taking place across the series’ five formidable environments in some of the most remote regions on the planet.

As well as being used as platform for equality and the promotion of electfication, Extreme E will highlight the impact that climate change is having on its remote race locations, using a committee of leading scientists to help bring global attention to issues such as deforestation in Brazil, rising sea levels along the West African coastline, melting icecaps in Greenland, and more.

The full race and championship format is approaching finalisation and will be revealed in the coming weeks. Further team, sporting and partnership announcements will follow as the championship continues to take shape apace ahead of Season 1, starting early 2021.