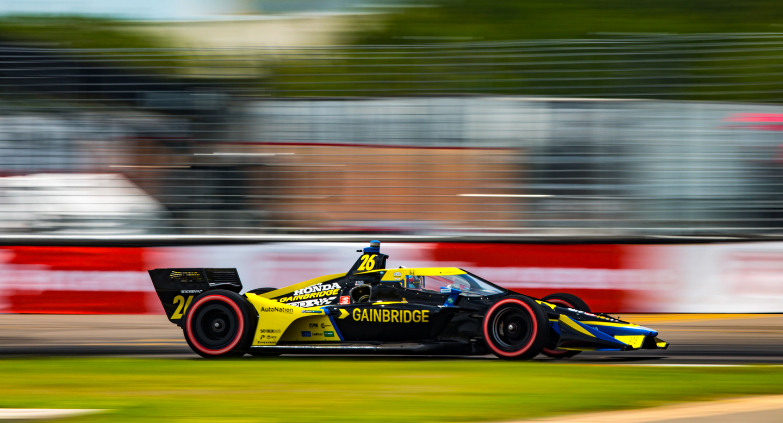 Gainbridge will continue to call Andretti Autosport home with Colton Herta behind the wheel of the No. 26 Gainbridge Honda in the NTT INDYCAR SERIES as both extend their tenure with the team via a multi-year agreement starting with the 2022 season. Strong results kicking off the 2021 championship have marked a successful start to the first year of Colton Herta representing the Gainbridge brand on track.

“We’re excited to officially welcome Gainbridge and Colton Herta back to the Andretti Autosport family for years to come,” said Michael Andretti, Chairman and CEO, Andretti Autosport. “Colton has already shown so much potential in the short time he’s been in the series and having a great partner like Gainbridge recognize and support that potential is great for everyone. If the start to the 2021 season is any indication of the future success for the 26-car’s program, I think we have a lot to look forward to over the next few years.”

During the past offseason, Herta transitioned within the team to pilot Andretti Autosport’s No. 26 Gainbridge Honda. This season is Herta’s third year of NTT INDYCAR SERIES competition and marks the fourth year of sponsorship for Group 1001 under the Gainbridge brand, and a fifth season overall. Gainbridge is a digital platform providing simple and direct access to trusted financial products to help clients grow their money for goals big and small, not just for retirement. The products Gainbridge offers provide three key benefits: steady growth, simplicity and transparency.

Only four races into the 2021 NTT INDYCAR SERIES season, Herta added another pole and win to his resume when he swept the Firestone Grand Prix of St. Petersburg weekend. Herta and the Gainbridge team currently sit seventh in the championship standings, only 50 points behind the current championship leader. In just 36 starts in the NTT INDYCAR SERIES, Herta has recorded five poles, four wins, tying his father for career wins, and has led over 350 laps.

“I’m incredibly happy to be back with Andretti Autosport for the next two years. I’ve grown so much with this team, so it was a no-brainer when I got the chance to re-sign with Michael,” said Herta. “With the support of Dan Towriss and Gainbridge, there’s no doubt in my mind that we’ll be threats everywhere we go.”

Tickets to Saturday’s 85-lap Grand Prix are still available and can be purchased here.