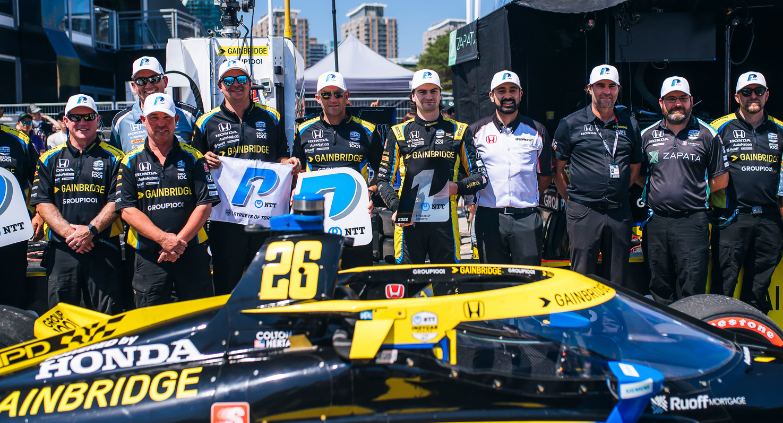 Herta’s top time was 59.2698 seconds on his last flying lap in the No. 26 Gainbridge Honda, as he added this pole to his No. 1 spot at the Acura Grand Prix of Long Beach in April. The first nine races of this season featured a different pole winner, and Herta was happy to spoil a chance for the INDYCAR SERIES to tie a record of 10 different pole winners to start a season set in 1952.

“That was an intense session,” Herta said. “We hadn’t really found that time until right at the end. I was really happy with that lap. It all kind of came together. The car was working brilliantly. You don’t see that usually, guys going faster on the used reds (alternate Firestone tires) instead of the new. Something to think about for tomorrow, but I’m happy with my Gainbridge Honda.”

The 85-lap race is scheduled for Sunday. Live, exclusive coverage of the race starts at 3 p.m. (ET) on Peacock Premium – with limited commercial interruptions – and the INDYCAR Radio Network. Both outlets also will cover live the morning warmup session at 10:55 a.m.

Six-time NTT INDYCAR SERIES champion Scott Dixon will join Herta – who also led the morning practice – on the front row after a best qualifying lap of 59.3592 in the No. 9 PNC Bank Chip Ganassi Racing Honda. It was the best non-oval qualifying performance this season for Indianapolis 500 presented by Gainbridge pole winner Dixon, whose previous best road/street qualifying effort was fifth at the last race, The Honda Indy 200 on July 3 at Mid-Ohio Sports Car Course.