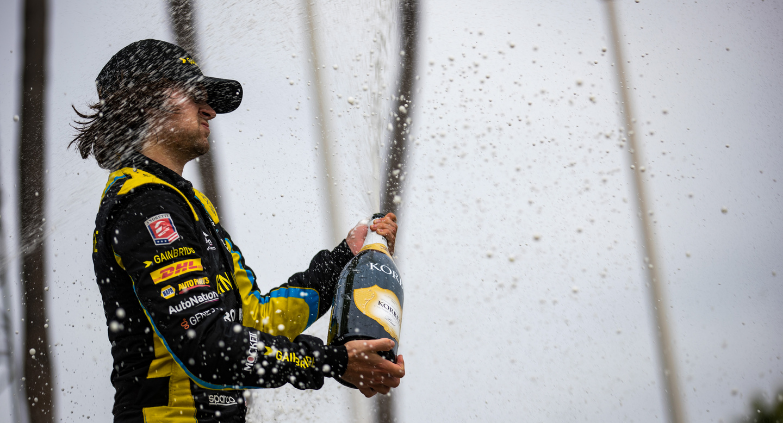 The Andretti Autosport-Honda driver led 43 of the 85 laps to score his third victory of the year and the sixth of his career, as the NTT IndyCar Series returned to the streets of Long Beach for the first time since April 2019.

“This is the biggest race for me outside of Indy,” said the 21-year-old who also conquered St. Petersburg in April and Laguna Seca last week. “This is the first race I ever was able to come to, being from Santa Clarita. I was two weeks old when I first came to Long Beach. My father was driving in 2000. It was the only race I could go to because I was so young and I couldn't fly yet…

“I remember growing up around here, coming to this race every year when I was five, six, seven, all the way up until I was racing in IndyCar in 2019. I can't believe I won it on my second try. I'm super happy. This is a big one for me.”

Herta had to climb from 14th on the grid, as he and his team fumbled tactics in qualifying, staying too long on Firestone’s primary compound in Q1 – and grazing the wall – before switching to the red alternate compound, when the bent toelink gave out, and leaving him unable to graduate to the Top 12 battle.

“Yesterday I was pretty upset at myself for making that mistake of hitting the wall in qualifying and kind of taking us out of contention when I think we really should have done well.

“But in the race, it's just fully focused on trying to get the best result out of it. You kind of know by maybe Lap 5 or 6 what kind of car you have, if you have something that could be good in the race. I kind of knew. I got by a few guys, car was feeling good, I kind of knew.

“I didn't think we had a shot at winning, to be honest. I thought a podium would be a reach, but possible. I thought that was going to be the maximum. I was very surprised by how much pace we were able to have. When I saw by like lap 15 or something we were in fifth, I couldn't believe it.”