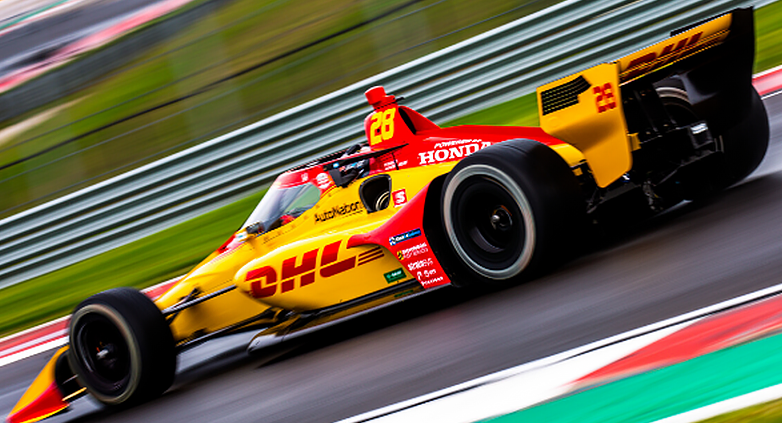 Despite early career success, the mid-2000s were a bumpy road for Ryan Hunter-Reay who found himself on the outside in 2006 and continued to struggle for opportunity in the few years that followed. Then came the turn of a decade and a pivotal year in a hard-fought racing career. In 2010, the American driver found himself in the midst of a try out for Michael Andretti and his newly named Andretti Autosport outfit. Hunter-Reay was set to prove himself while Andretti was looking for success as a sole team owner, building a new brand all his own.

“As a young driver in the sport, your aspirations are to get that shot with a powerhouse team and establish a long and successful relationship between driver, team and primary sponsor,” reflected Hunter-Reay. “The early years of my career were extremely challenging. I was moving from one team to the next. In fact, prior to my chance at Andretti Autosport, I had driven for six different teams. In one way it was a blessing as I learned an incredible amount from those different operations and personnel, it also gave me a deep desire and motivation to continually strive for a chance at Andretti Autosport.”

Hunter-Reay’s determination led to a breakout year and the accolades came quickly. He took victory at the famed Long Beach Grand Prix and never looked back. The triumph in California gave Andretti a first win as a sole team owner and marked Hunter-Reay on a new map of INDYCAR racing. Taking note of Hunter-Reay’s resurgence was global shipping and logistics company DHL.

The few-race trial for Hunter-Reay turned into a full season ride and a primary sponsorship from DHL, and a new era was born. “We’re now heading into my 11th season with the team and my 10th with DHL,” Hunter-Reay added. “I couldn’t ask for a better group of people to work with, and to all involved it really does feel like a family unit.”

“For nearly a decade, Ryan Hunter-Reay and the Andretti team have taken DHL on an incredible journey that has engaged and energized our employees, our customers and the many other fans who have also followed Ryan’s successes,” said Mike Parra, CEO of DHL Express Americas. “We consider Ryan and the entire Andretti organization part of our DHL family. And, as a new decade begins, now is the time to achieve even more success together.”

The Florida-resident landed an Indianapolis home and established himself as one of the drivers to beat on any of INDYCAR’s four disciplines. Hunter-Reay now holds 18 total career victories, and the trio of Hunter-Reay, DHL and Andretti have landed 15 of those wins, a series championship and an Indy 500 victory. Together, they enter another year of NTT INDYCAR SERIES racing, driven to build on a decade of successes.

“Our sole motivation is to win,” said Hunter-Reay. “I’m eager to add to my 18 career race wins. Together we’ve won 15 races, an Indy 500 and an INDYCAR Championship. Our mission is to add more of each.”