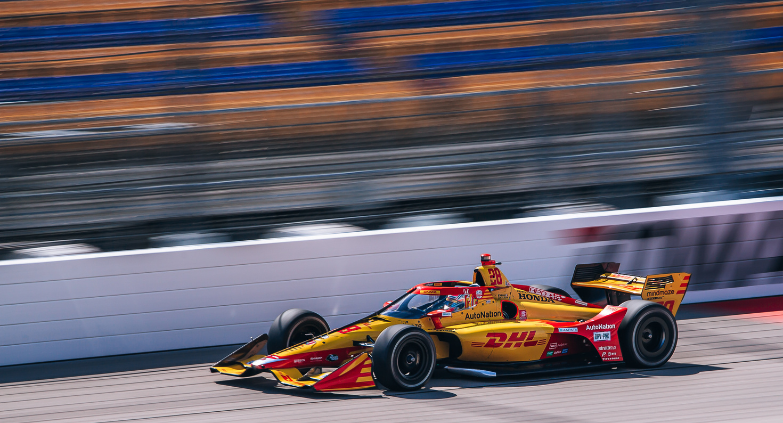 Andretti Autosport received a hot and humid welcome back Iowa Speedway as the venue hosted the Hy-Vee INDYCAR Race Weekend, the only double-header event of the 2022 NTT INDYCAR SERIES. Andretti Autosport saw all four entries finish both races after facing multiple challenges.


Saturday brought the Hy-VeeDeals.com 250 Presented by DoorDash, the first feature race of the weekend. Drivers took the green flag a mere hours after qualifying, with temperatures nearing 100 degrees Fahrenheit. With minimum track time, drivers made the most of the .875-mile oval.


Romain Grosjean showed consistency starting 10th and finishing seventh in his second attempt at a short oval. Alexander Rossi stayed steady in mid-field fighting traffic throughout his race, where he started 19th and finished 13th. Devlin DeFrancesco's maturity shined as he fought alongside veteran drivers, starting 18th and finishing 17th. Colton Herta was handed drama on Lap 121 when a clutch issue plagued a pit stop and placed him six-laps down. Herta had started the race 17th, ran as high as 11th but finished 24th.


Ultimately, Romain Grosjean, Colton Herta and Alexander Rossi found nearly the same position at the checkered flag as they did when taking the green flag. Rookie Devlin DeFrancesco advanced 10 positions throughout his race. Grosjean took home ninth after starting 10th. Herta qualified third but started from 12th after receiving a grid penalty due to an unscheduled engine change; he finished 12th. DeFrancesco started 25th and finished 15th, his best finish on an oval and placing him amongst the drivers with the most positions gained. Rossi felt the sting of finishing 18th after starting 21st.


Up next for Andretti Autosport has another home race at Indianapolis Motor Speedway. The INDYCAR SERIES pairs up with NASCAR for a weekend at The Brickyard. Andretti Autosport races Saturday, July 30, in the Gallagher Grand Prix. The race is broadcast live on NBC, SiriusXM and INDYCAR Radio Network at beginning noon ET.