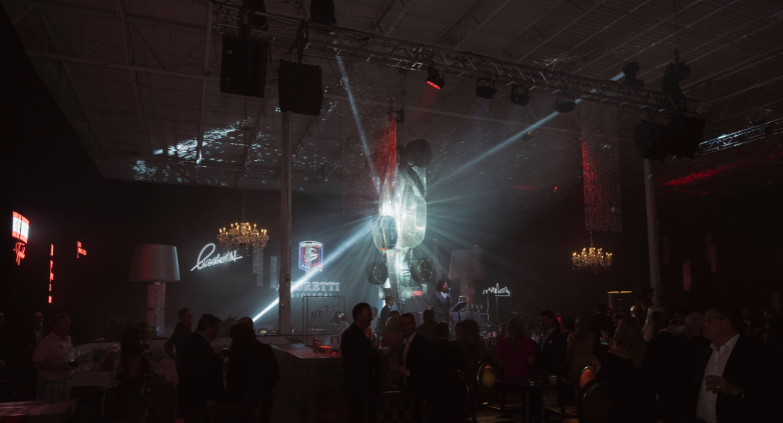 An Andretti Autosport tradition, The Night Before Party, sees the Indianapolis headquarters transformed from a race shop to a nightclub-style venue in celebration of the Indianapolis 500-mile Race the following day.


Over the years, The Night Before Party has become one of the most exclusive tickets during the month of May – even more so as more people see behind-the-scenes viewpoints through social media. This year’s event included some very special guests, combining both work and play for the commercial team.


Andretti Autosport premiered its social immersion program with the start of the 2022 NTT INDYCAR SERIES season. The purpose of the immersion program is to elevate the team's brand awareness by engaging influencers at events, like The Night Before Party. Influencers fall outside of the realm of traditional media; meaning brands are delivered to different avenues of people through a trusted source chosen by their fans.


The invited influencers' social content included home renovation, fashion and beauty, and design. In return for being invited to the exclusive night before party, the influencers collaborated with Andretti Autosport's social media channels, opening new avenues of opportunity for recognition with the influencer’s audience. Additionally, influencers used their platforms to connect the Andretti brand outside of the racing and car culture industries.


In the social immersion program, Andretti Autosport works to tailor each invite and determined that Instagram would be the best social media platform to incorporate the influencers and the party together. The selection process for the social media influencers came primarily based upon the number of followers from their profiles along with the natural flow of the content on their pages to make the collaboration the most effective.


Themes for The Night Before Party play a large role in not only the party’s decor, but the fashion is also a key point of the party. With the Instagram influencers who primarily specialized in fashion, Andretti Autosport invited them to experience the party, but also encouraged those invitees to showcase the theme. This connection allowed not only for a common interest of the influencers, but also allowed Andretti Autosport to leverage the team’s brand and partners through the influencers’ attendance.


Although The Night Before Party only happens once a year, it can be said that a new tradition began in 2022 to bring an immersive experience to those who can spread the awareness of Andretti Autosport and motorsports culture to a new set of eyes every year.