IMS FOURTH OF JULY WEEKEND EVENTS TO RUN WITHOUT SPECTATORS 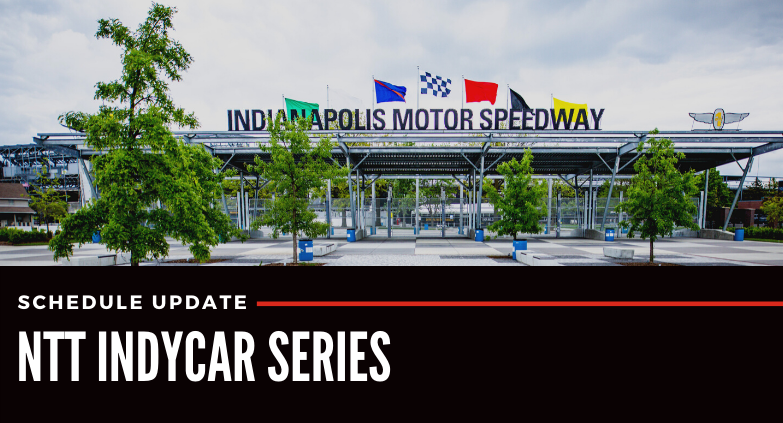 The upcoming Fourth of July race weekend at the Indianapolis Motor Speedway will run without spectators due to the COVID-19 pandemic, IMS officials announced today following extensive consultation with local and state officials.

Stage 5 of Indiana’s reopening plan allows for sporting venues to host public events with social distancing and is scheduled to begin July 4 in most counties. However, Marion County – home to Indianapolis, the state’s largest city – recently entered Stage 3 of the road map 10 days after the majority of counties. This follows nationwide trends suggesting larger municipalities should exercise caution in navigating plans to reopen.

"While we certainly worked diligently to run our events with spectators, we reached a point where we needed to make a final decision because the race weekend is less than a month away," Penske Entertainment Corp. President & CEO Mark Miles said. "Today it's not possible to be confident that Indianapolis will be at Stage 5 of the state's reopening plan by the Fourth of July weekend.

“We are extremely appreciative of the time and expertise Governor Holcomb, Mayor Hogsett and state and local public health officials have given us over the last few months. This was a collaborative process and a decision we’re all aligned with after thorough review of the situation. We remain committed to welcoming the world’s greatest fans to the Speedway for the Indianapolis 500 Mile Race in late August.”

The culminating event of the holiday weekend will be renamed the Big Machine Hand Sanitizer 400 Powered by Big Machine Records, in recognition of the company’s ongoing efforts to support the supply chain of hand sanitizer available to the public. In early March, when the pandemic started to hit hard, Big Machine Distilleries recognized the great shortage of hand sanitizer and immediately pivoted and started production to assist the local community and first responders with product. Inquiries from across the country soon dictated a full-blown national awareness, which has led to the name change of the race. The company and its Big Machine race drivers will announce plans to donate bottles of hand sanitizer to Indianapolis front-line workers around the event weekend.

Everyone in Central Indiana and around the country can tune in to the historic NASCAR-INDYCAR double-header weekend live on NBC. The marquee holiday weekend at IMS will mark the first time the NASCAR Cup Series and NASCAR Xfinity Series have shared the same track with the NTT INDYCAR SERIES on the same event weekend. The GMR Grand Prix for the NTT INDYCAR SERIES and Pennzoil 150 for the NASCAR Xfinity Series are scheduled for Saturday, July 4, while the Big Machine Hand Sanitizer 400 Powered by Big Machine Records for the NASCAR Cup Series is scheduled for Sunday, July 5.

Fans who have purchased reserved seats or general admission tickets to the GMR Grand Prix, Pennzoil 150 or Big Machine Hand Sanitizer 400 Powered by Big Machine Records will have the option for a credit to future IMS events, such as the 2020 Indianapolis 500 presented by Gainbridge or Harvest GP, or a refund. IMS will contact these fans directly.

Other public events surrounding the weekend have been canceled given the decision to run all races without fans. This includes the Driven2SaveLives BC39 USAC Midget race and the FGL Fest concert. Fans who have purchased tickets to these events also will have the option to receive credit to a future IMS event or a refund and will be contacted directly by IMS.

The NBC television schedule for the weekend will be released soon.