Indy Lights: Developing Talent On and Off the Track 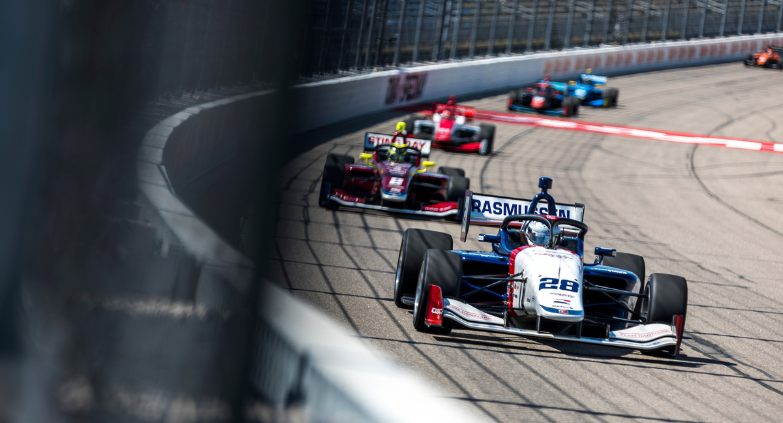 At Andretti Autosport, the Indy Lights program has played an integral role in many of the success stories that come from the company. Not just relegated to drivers, the program allows engineers, mechanics and other team positions the opportunity to learn in an environment that fosters upward mobility in their respective careers.

Many renowned drivers have come through the Andretti Autosport Indy Lights program; Arie Luyendyk Jr., J.R. Hildebrand, Charlie Kimball, Colton Herta, Pato O’Ward, Kyle Kirkwood and many others have parlayed their Indy Lights experience into INDYCAR success. Colton Herta and Kyle Kirkwood are two of the latest alumni to make the transition; Herta, currently a driver in the NTT INDYCAR SERIES driver; and Kirkwood, who will make his return to Andretti Autosport as an INDYCAR driver for the 2023 season after his current rookie year.

On the competition side of the program, Keith Gummer proves that even crew members can have valuable experiences and connections garnered from time spent in Indy Lights. Gummer, current INDYCAR Mechanic and Tire Changer of the No. 26 Gainbridge Honda driven by Colton Herta, worked on various Indy Lights cars for five years, first as Second Mechanic and ultimately working his way up to Crew Chief. Gummer’s real-world Indy Lights experiences, as well as the network of connections he made during that time, gave him an edge in securing his current INDYCAR role at Andretti Autosport.

“The Indy Lights program is a great starting point for younger men and women,” Gummer explains. “The program gives you a chance to learn all aspects of a race car that’s very similar to an INDYCAR, while also building the relationships with people in the racing industry that ultimately ended in me being able to make the move into INDYCAR. In INDYCAR you have specific roles and don’t deal with many people outside of your team, but in Indy Lights I was dealing with parts vendors, league officials, other teams and more and I’m lucky to still stay in contact with some of them.”

The Indy Lights program at Andretti Autosport is able to give many opportunities to the drivers during their time piloting the cars as well. They are given access to timing stands during INDYCAR practices and races, promotional media appearances similar to INDYCAR drivers, a look into the engineering process, access to radio frequencies and more. With the recent ownership change, Indy Lights Presented by Cooper Tires drivers can now experience the same series operational protocols as those running in the NTT INDYCAR SERIES.

Chief Operating Officer at Andretti Autosport, Rob Edwards, has been around the program and helped develop it into the success it is today.

Andretti Autosport looks forward to further integrating with new ownership under the NTT INDYCAR SERIES after the inaugural 2022 season. The efforts made by all on the program ensure a clear and direct path for all racing disciplines to climb the ladder from Indy Lights to INDYCAR with support from the Andretti Autosport family.