INDY LIGHTS SCHEDULE ON HIATUS UNTIL 2021 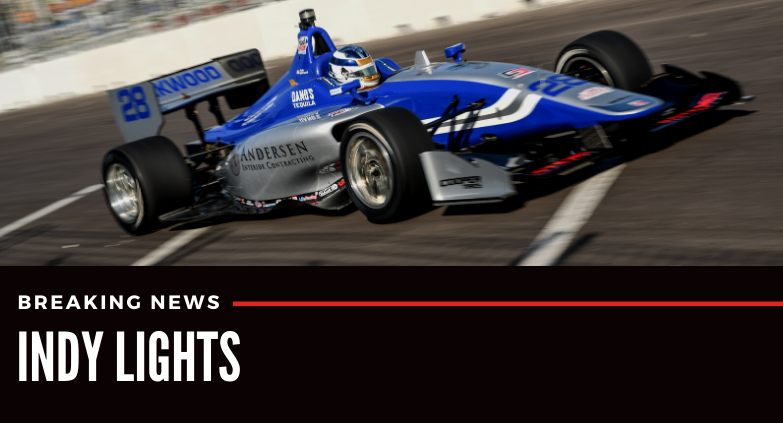 INDYCAR and Andersen Promotions today announced that Indy Lights Presented by Cooper Tires competition will be deferred until 2021 following a joint meeting over the weekend to address several variables affecting the 2020 calendar. Due to the COVID-19 pandemic, and modifications to the INDYCAR race calendar as a result, multiple companion events were cancelled for the series, rendering the 2020 season no longer viable.

“The effects of the global pandemic on businesses, including racing, have been severe,” said Dan Andersen, Owner and CEO of Andersen Promotions. “The changes to our overall calendar of races as well as each event weekend’s scheduling and the ability for some of our drivers to compete has impacted the Indy Lights series far more harshly than our other two championships. With less of a cushion to begin with, it became increasingly apparent that the 2020 season was in jeopardy and the best plan was to take a pause, reconstitute for 2021, and do our best to enhance the Indy Lights championship for next season.

“After discussions with INDYCAR and understanding of their firm commitment to Indy Lights going forward, we, together, decided to suspend the 2020 Indy Lights season. We recognize that this will cause some hardships, but we hope all participants will realize the necessity of this decision and we look ahead to 2021 with a promise of better things to come.”

Indy Lights has a long history as the essential ladder series of INDYCAR with 23 of the 33 starters in the 2019 Indianapolis 500 as Road to Indy graduates, including nine Indy Lights champions. Dating back to 1986, more than 150 drivers have made the step from Indy Lights to INDYCAR. Reigning Indy Lights champion Oliver Askew and vice-champion Rinus VeeKay will become the latest to make that progression when they make their INDYCAR debuts at Texas Motor Speedway this Saturday with Arrow McLaren SP and Ed Carpenter Racing, respectively.

”The Road to Indy is extremely important to INDYCAR,” said Jay Frye, President of INDYCAR. “This was a difficult decision, knowing the impact it would have on the competitors and how disappointing it would be for the fans. However, it became clear, that we needed to focus our collective efforts on preparing for a strong 2021 Indy Lights season.”