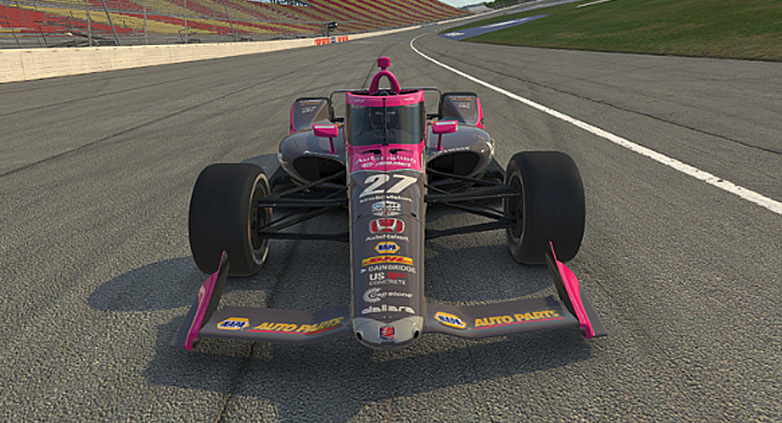 NBC Sports will present Round 4 of the INDYCAR iRacing Challenge live on NBCSN this Saturday at 2:30 p.m. ET, featuring more than two dozen INDYCAR drivers that will compete at the virtual Twin Ring Motegi oval in Motegi, Japan.

Including this weekend, the next three INDYCAR iRacing Challenge events (Rounds 4-6) will be presented on the next three Saturdays at 2:30 p.m. ET on NBCSN from virtual Twin Ring Motegi, Circuit of the Americas (Austin, Texas), and a “dream” track to be announced in the near future.

In addition, Dale Earnhardt Jr. will interview NTT INDYCAR Series and Indianapolis Motor Speedway owner Roger Penske on a new episode of the Dale Jr. Download this Wednesday at 4 p.m. ET on NBCSN.

Drivers expected to compete include five-time series champion Scott Dixon, two-time and reigning series champion Josef Newgarden, 2018 Indianapolis 500 winner Will Power, and Robert Wickens, who has returned to competition as part of his ongoing recovery from a spinal cord injury suffered in an August 2018 racing accident.

A replay of Saturday’s race will be available on-demand on NBC Sports Gold’s INDYCAR Pass, which is currently free for a limited time. Click here for more information.

This marks the latest collaboration between NBC Sports and iRacing, whose partnership began in 2019 with NBCSN broadcasting the first-ever eNASCAR live event on television. Since then, further collaborations have included a two-hour live broadcast of the 2019 eNASCAR Coca-Cola iRacing Series Championship race, and the broadcast of the inaugural NBC eSports Short Track iRacing Challenge in April 2020.