JAMES HINCHCLIFFE - GUESS WHO'S BACK? 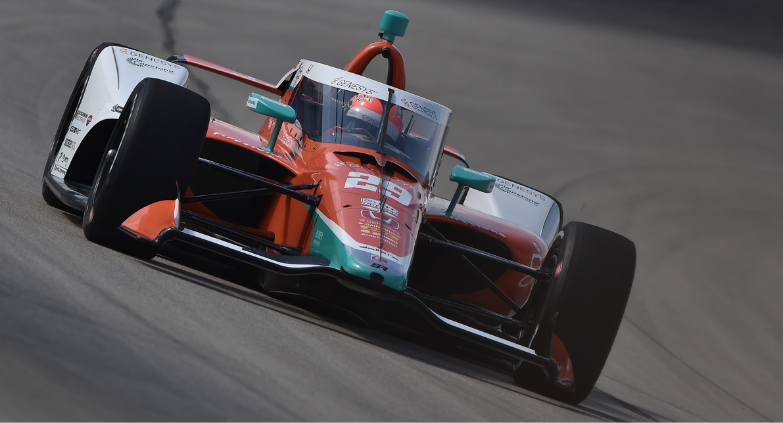 Everyone’s favorite Canadian and two-time INDYCAR Fan Favorite James Hinchcliffe is back once again to compete full time in the No. 29 Honda for Andretti Steinbrenner Autosport. The 2021 season will mark Hinchcliffe’s 11th season competing in the NTT INDYCAR SERIES and both his and Steinbrenner Racing’s fifth season partnered with Andretti Autosport.

“This program is something we’ve been working on since the day we signed our three-race deal with Andretti Autosport last March,” said Hinchcliffe. “Being back full time has always been the goal and it feels so great to know that I will be back on the grid and with such an amazing team who I’ve had a lot of great memories and success with.”

The six-time race winner competed in six races in 2020, including the 104th Running of the Indianapolis 500 where Hinchcliffe was one of four Andretti Autosport entries to land in the Firestone Fast 9 during qualifying, despite having no preseason testing due to the pandemic. Hinchcliffe ultimately finished the historic race as the top Andretti Autosport entry in seventh.

The primary sponsorship role for Hinchcliffe’s 2021 effort will be shared between returning partners Genesys and Capstone Turbine Corporation. Genesys, the global leader in cloud customer experience and contact center solutions, served as Hinchcliffe’s sponsor at three marquee events in 2020. Hinchcliffe will be sporting the Genesys orange for 10 races throughout the 2021 season, including the season opener at Barber Motorsports Park, the streets of St. Petersburg, the first race at Texas Motor Speedway, the 105th Running of the Indianapolis 500, the doubleheader in Detroit at the Raceway at Belle Isle Park, Road America, the road course at the Indianapolis Motor Speedway, World Wide Technology Raceway, and rounding out their season on the west coast at WeatherTech Raceway Laguna Seca.

The Capstone green and white livery will make its 2021 debut in the second race of the Texas Motor Speedway doubleheader and will kick off the month of May on the road course at the Indianapolis Motor Speedway. Capstone will also be the primary partner on the No. 29 Honda at Mid-Ohio Sports Car Course, the inaugural NTT INDYCAR SERIES race on the streets of downtown Nashville, Portland International Raceway and the season finale on the streets of Long Beach.