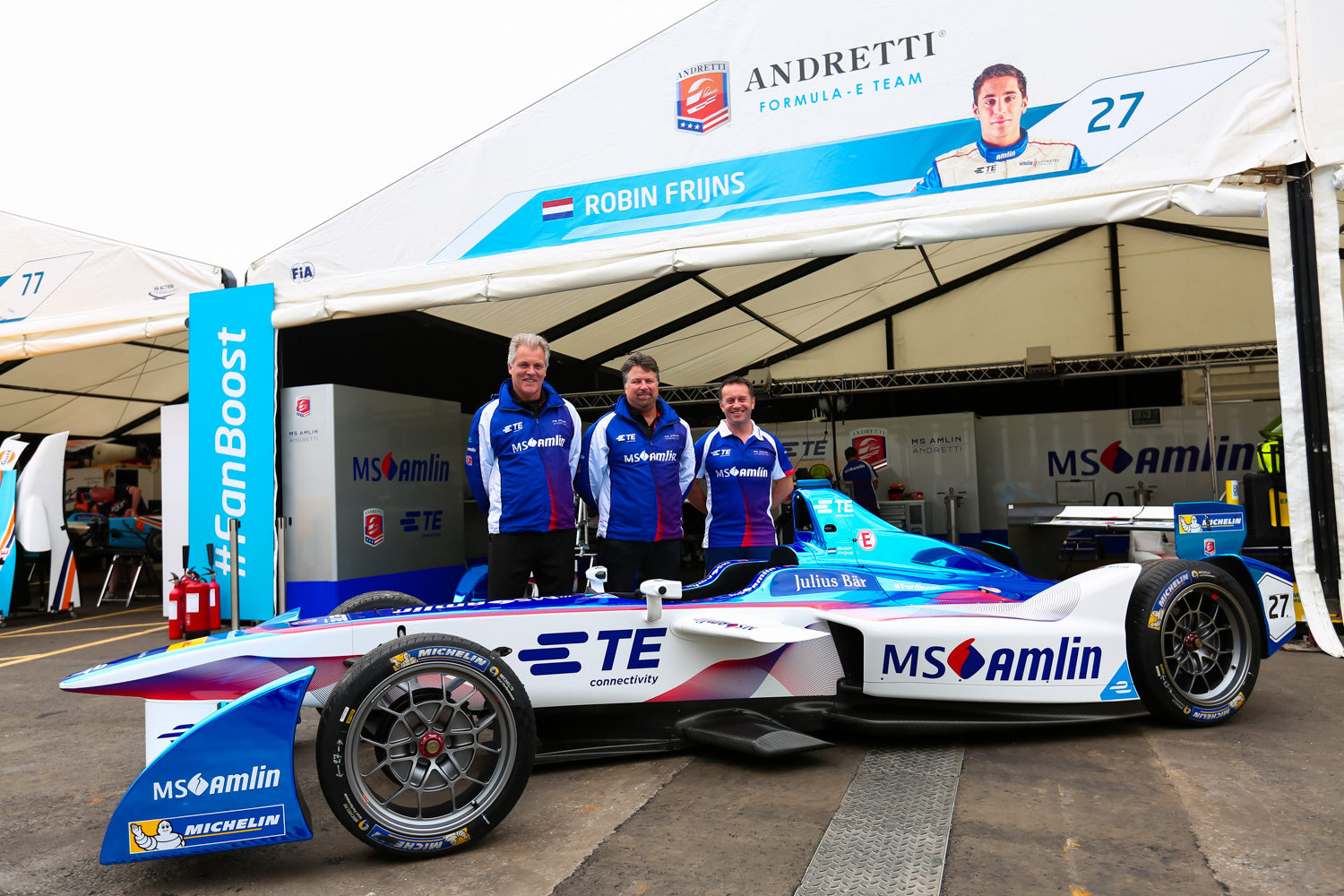 The livery featured on the No. 27 and No. 28  showcased a double helix ribbon that gracefully flows from red to blue over a white canvas to honor Mitsui Sumitomo Insurance. While the classic metallic blue on the top paneling, rear wing and front side end fences will resonate with fans as the electric Amlin blue the team has run since the start of Season 2.

Following the livery debut the team announced that it had extended Robin Frijns contract to the 2016/2017 season of Formula E racing. Frijns joined the team for Season 2 and has been instrumental in this year's success on track. Frijns has also served as a test driver for the TE Connectivity test car while the team develops a new powertrain for Season 3. The dutch driver will remain busy during the off season, he will try his hand in an IndyCar this month at Mid Ohio Sports Car Course in Lexington, Ohio. It will be his first test in an IndyCar.

On track the team faced both highs and lows. In qualifying session one on Saturday, July 2 Frijns made his first Super Pole appearance of the season and qualified fourth overall. Frijns received help from a short rain delay, the wet track then slowed other competitors lap times. 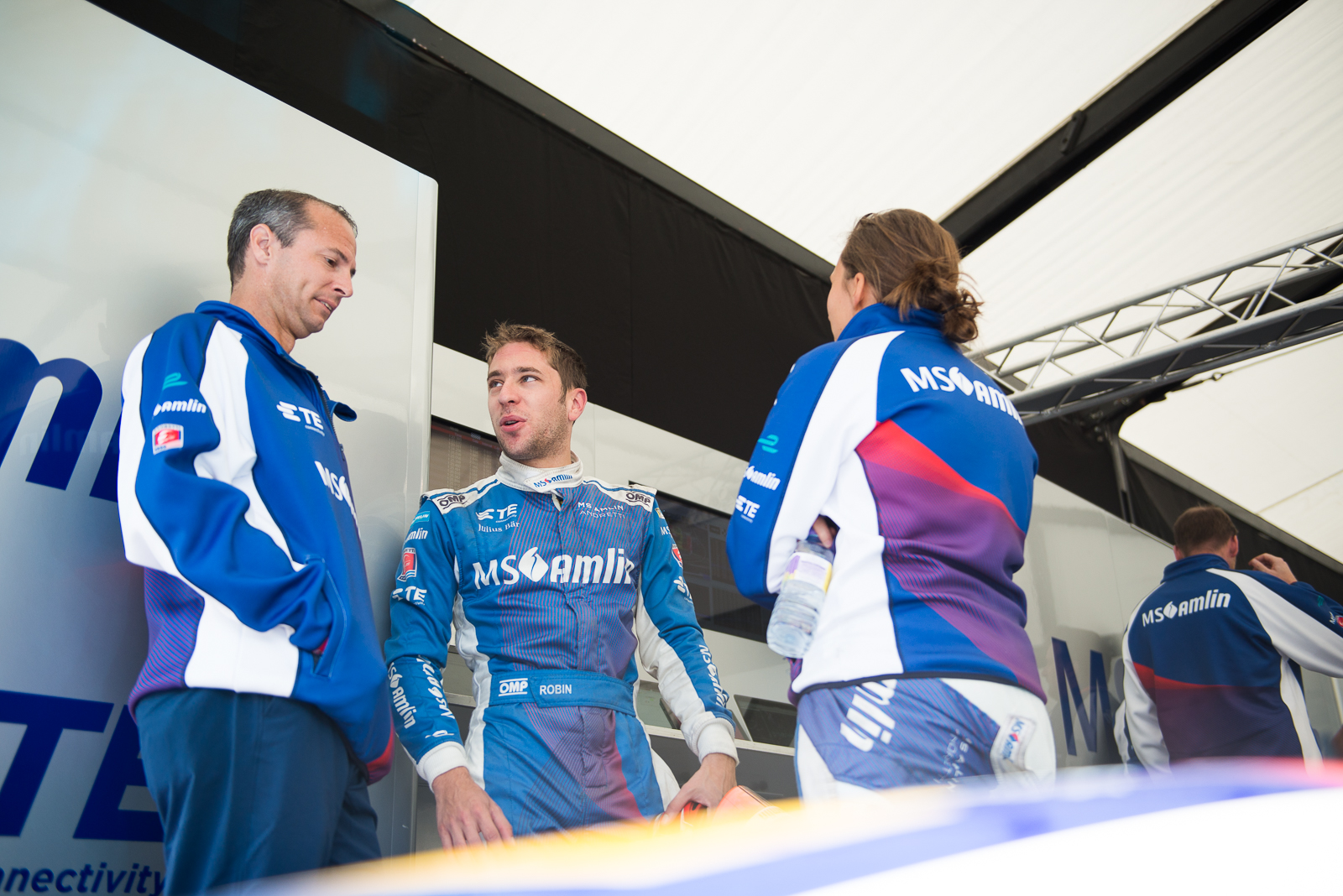 The rain delay didn't play out in Simona de Silvestro's favor. During the Iron Maiden's qualifying attempt a competitor's car went off course and into a wall causing a red flag. The rain began to fall during the red flag, de Silvestro was forced to take her last qualifying lap on the wet track which led to her sliding off the track as well. She qualified 16th overall.

Round 9 saw mixed reactions for each of the drivers. The 17-turn course featured many tight corners and allowed for little overtaking. de Silvestro drove her way to an 11th place finish, just outside of points. She steered clear of the on track drama but Frijns was not as lucky. Halfway through the 33-lap race Frijns was struck by Daniel Abt from behind and again at the side. The resulting damage was too great for the No. 27 MS Amlin car to continue. Post race de Silvestro received a 50-second penalty, her final position was 14th.

In qualifying session two on Sunday, July 3 both Frijns and de Silvestro struggled to make the top 10. Frijns qualified 16th with teammate de Silvestro right behind him in 17th. 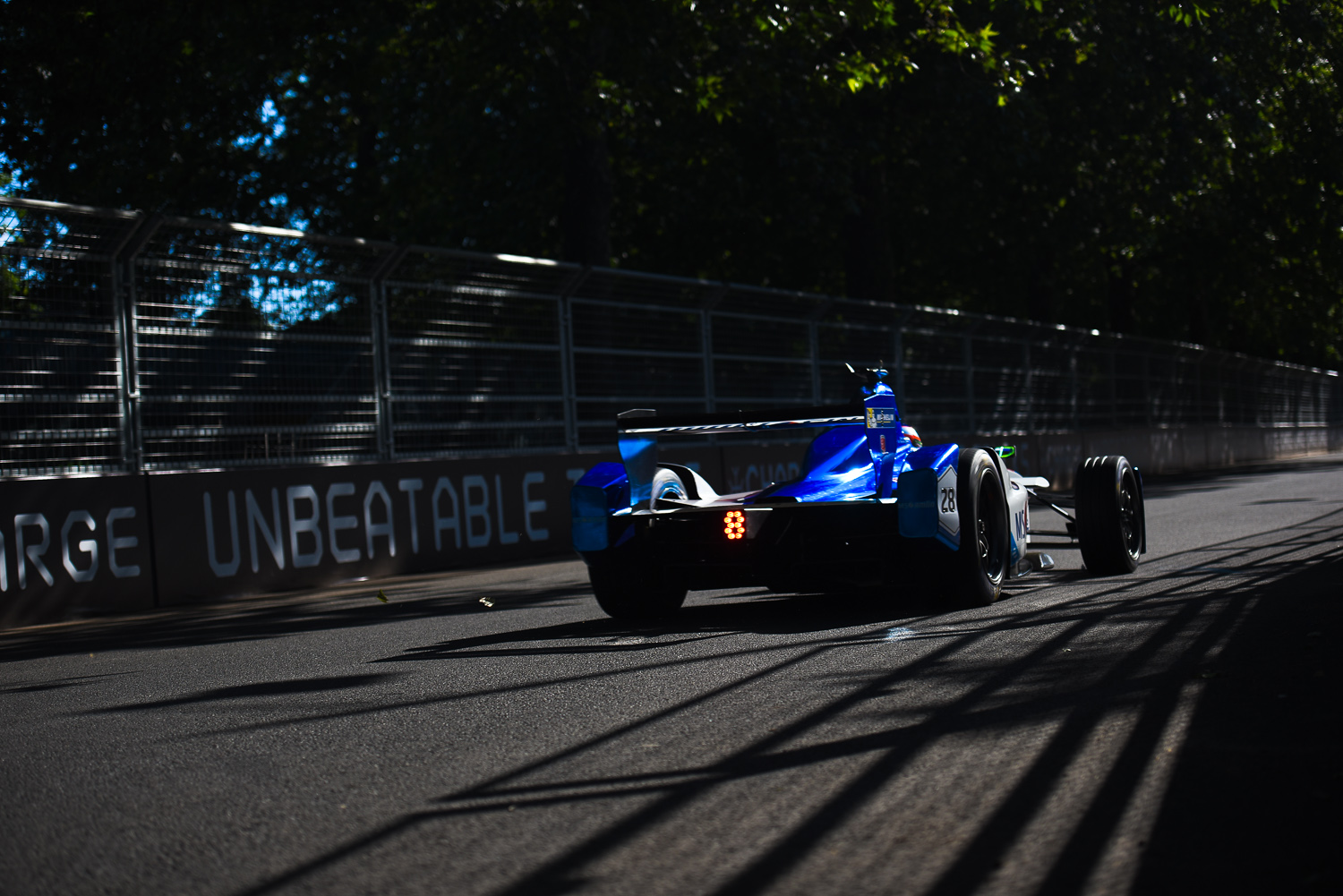 Race Two was short but not sweet for the Andretti Formula E Team. As Frijns made his charge to the front he was struck by Loic Duval. Again the resulting damage from the hit ended Frijns' race. de Silvestro's finish was less dramatic but all the more frustrating. A broken gear box left de Silvestro stranded on track and ultimately ended her race.

The Andretti Formula E Team spent no time mourning what could have been and immediately went back to the track for testing with eyes set on Season 3. The 2016/2017 season begins in Hong Kong, China October 8-9, 2016. Tickets are currently available, but race suites are already sold out. Visit fiaformulae.com for tickets and details.