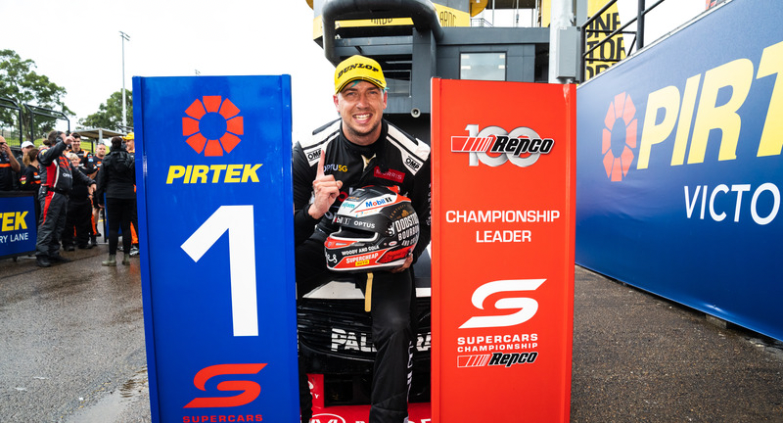 Chaz Mostert has started the year on the perfect foot, winning Race 2 of the 2022 Supercars Championship at Sydney Motorsport Park.


Combined with his podium finish yesterday, he leaves the opening round of the year as Championship leader for the first time in his career.


Nick Percat’s day however didn’t have the same luck, ending with broken steering following contact, after charging through the field.


For Chaz, he sat on provisional pole following qualifying thanks to a blistering lap, but just before his shootout lap, it started to rain, which put him in seventh.


Once again during the 300km race, there was always the threat of weather, and safety cars played a part today.


During the middle stints, both cars were heavy on fuel and saved the soft tyre for last, which put us in a strong position.


With 25 to go Chaz took the race lead, which he would hold until 15 laps to go when the heavens opened up. Car 25 pitted for wets at the perfect time, reclaiming the lead with nine to go.


A late safety car couldn’t stop Chaz. Despite pressure from Brodie Kostecki, he drove away at the restart with three laps to go to claim his first victory of 2022.


For Nick, the crew did a fantastic job to get him back out on track after repairing the broken steering, to claim some points despite being seven laps down.


It gives us plenty of momentum heading into Tasmania for Round 2.


“Unbelievable day, I love this team, it’s been such a good place to be over summer and into this weekend, they have done such a good job with everything and strategy was great all weekend.


“The support in the garage has been fantastic, from the team, our partners, and my friends and family so it’s a really cool place.


“I’ve never lead the championship before, so it’ll be pretty cool to have the orange numbers on the car at Tassie, I’ll be taking updating my profile pic I think.


“Again, thanks so much to our team and partners, really looking forward to continue the momentum through the year.”

“Tough one today that’s for sure, the mistake in qualifying hurt us but the race was going well.


“We were behind Chaz, same strategy, but the contact just killed us. A big thanks to the crew for getting me back out there so quickly to salvage some points.


“Overall, a big weekend of learning but I definitely feel more comfortable already, and it feels like home.


“Huge congrats to Chaz and the entire team on the weekend, it’s awesome to see.”