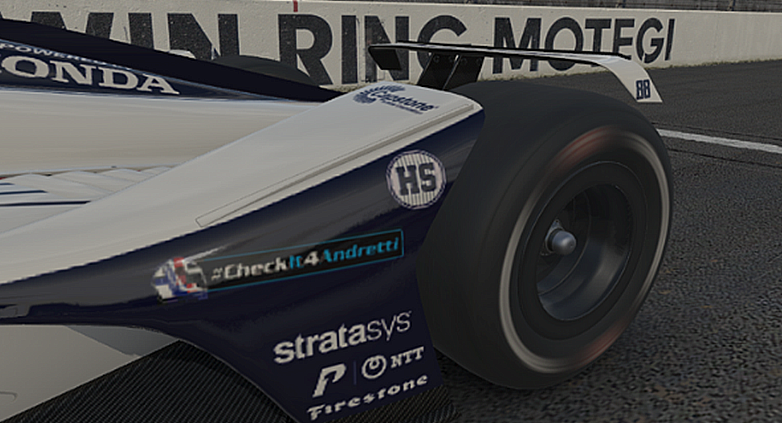 “My dad was a massive racing fan and was Steinbrenner Racing’s biggest fan,” said George Steinbrenner IV. “He was so supportive of me and the team, so it’s special to be able to honor him with a livery — even in the virtual world. A massive thanks to Capstone as well for the collaboration in honoring his memory.”

The livery, developed with Capstone Turbine and the Steinbrenner family, features the iconic blue and white pinstripes of the New York Yankees and carries a special “HS” decal in two locations.

"Capstone is honored for the opportunity to pay tribute to Hank Steinbrenner's legacy in the Firestone 175 INDYCAR iRacing Challenge by collaborating with Andretti Harding Steinbrenner Autosport on the No. 88 Tribute Livery,” said Darren Jamison, President and CEO of Capstone Turbine. “Hank's passing is a tremendous loss to the sports community -- on behalf of the entire Capstone organization, we extend our deepest condolences to George and the entire Steinbrenner family."

“Obviously it’s been a tough week for the whole Andretti Harding Steinbrenner team with the passing of Hank Steinbrenner,” said Herta. “Hank wanted to carry the Yankee tradition of winning into racing, and I’m really proud to be able to help honor him this weekend with our pin-striped Capstone livery as a tribute. We’ll be racing with heavy hearts and hoping for a great result to honor his name.”

In addition to Herta’s tribute livery, all six Andretti Autosport entries will carry a decal in honor of Hank for this weekend’s INDYCAR iRacing Challenge.