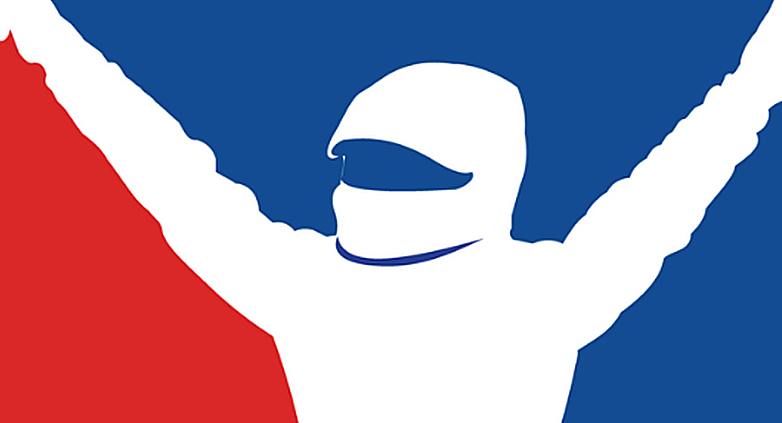 The entry list represents 15 different teams or organizations currently competing in the NTT INDYCAR SERIES and a field of drivers that has amassed 140 NTT INDYCAR SERIES victories and nine series championships. Newgarden, a two-time series titlist, will be joined in the field by fellow series champions Will Power and Pagenaud of Team Penske along with Sebastien Bourdais and Tony Kanaan of AJ Foyt Racing.

The entry list is currently at 25 drivers with any special guests to be announced Friday morning in addition to the venue selected through fan voting. The finalists in the bracket competition are Watkins Glen International and Michigan International Speedway, with the final day of voting being today and available through the @INDYCAR Instagram and Twitter handles or online at indycar.com/iracing.

The event, which will last approximately 90 minutes, will be streamed through INDYCAR.com for fans to enjoy the virtual action. The event also will be available on INDYCAR's YouTube and Facebook as well as iRacing's Twitch.

To enhance the fan experience, INDYCAR will conduct a 15-minute, pre-race virtual autograph session with several of the participants beginning at 3:15 p.m. The drivers participating this week will be announced @INDYCAR at 10 a.m. Saturday. There also will be a live interview with the race winner by post-race host Katie Hargitt on INDYCAR's Instagram immediately following the conclusion of the race.

The starting lineup will be set through a 10-minute qualifying session prior to the event. In the interest of fairness, iRacing will give all participants the same car setups. Teams will have the ability to design each driver's car livery to match their desired paint scheme, making them easily recognizable to the viewers.

Saturday's event is the first in a six-event series to be held weekly on Saturdays through May 2. The opening virtual race event will be followed by Barber Motorsports Park (April 4), "Driver's Choice" track (April 11), "Random Draw" track (April 18), Circuit of The Americas (April 25) and a non-INDYCAR "Dream" track (May 2).

The INDYCAR iRacing Challenge will not crown an overall champion but will add a special element where INDYCAR will make a donation to one of its partner charities. 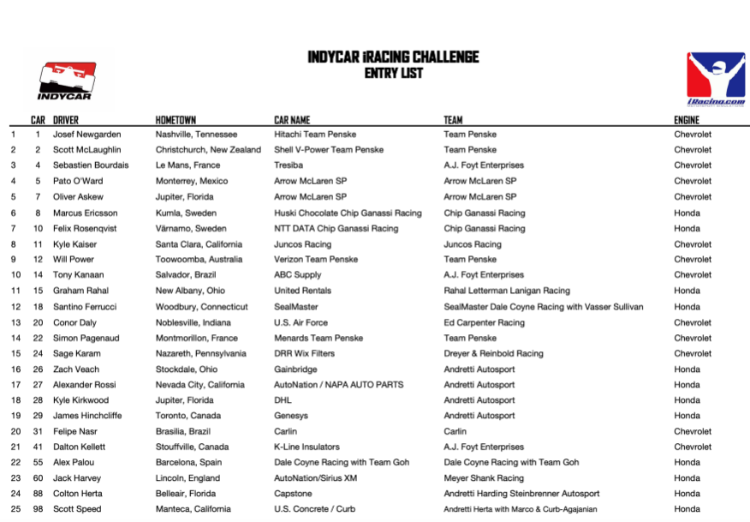