First round of the double-header weekend at World Wide Technology Raceway at Gateway brought the action and heat.

Tanner Foust proved speed in his No. 34 Rockstar Energy Drink Volkswagen all day long, despite missing part of Q2 and bouncing back to post the fastest speed of the day in Q3. Qualifying fourth for Saturday's Final, Foust was on the move in third by Turn 1 before getting hit on the righthand side of the car by a Subaru. Foust unfortunately failed to complete a lap, forcing him to park his car and retire from the Final.

After a bit of a challenging start to the weekend for Cabot Bigham, the Andretti Rallycross driver was poised for his best finish in Race 1 of the Semi Final and advance him into his first Final of the 2019 ARX season but ultimately finished fourth and did not qualify for the Final. 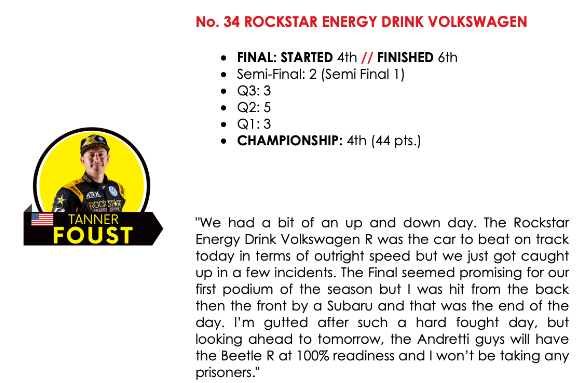 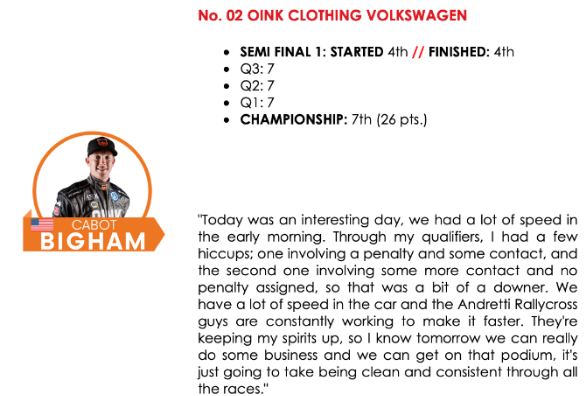 Day 2 at the ARX of Gateway was nothing short of action packed. After a rough start to the doubleheader weekend at World Wide Technology Raceway, the Andretti Rallycross team was ready to bounce back for the third round of Americas Rallycross competition.

Veteran ARX racer Tanner Foust was hungrier than ever proved nothing less than that while out on track during today's qualifiers. Despite a difficult qualifier Heat 2, Foust advanced through the Semi Final to start third in the Final race. Continued momentum allowed Foust to challenge for the lead in the Final race from second, before ultimately finishing third and delivering the team its first podium of the season.

Sunday proved to be another day full of ups and downs for Cabot Bigham. Bigham showed promising speed all day long and was poised to advance to his first Final. A tough lineup in Semi Final Race 1, Bigham was holding the third spot before ultimately finishing fourth. 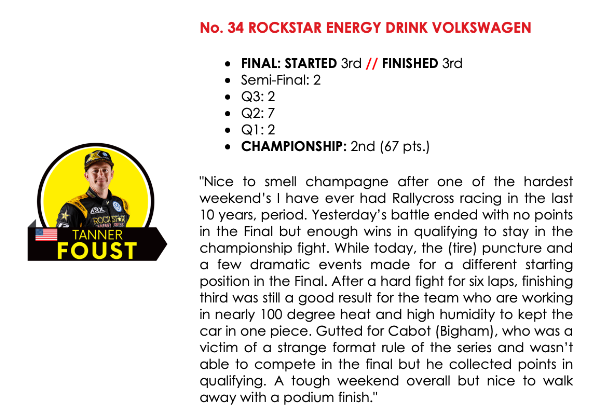 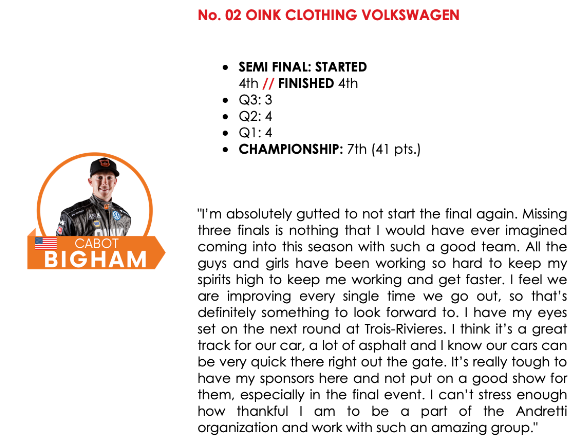