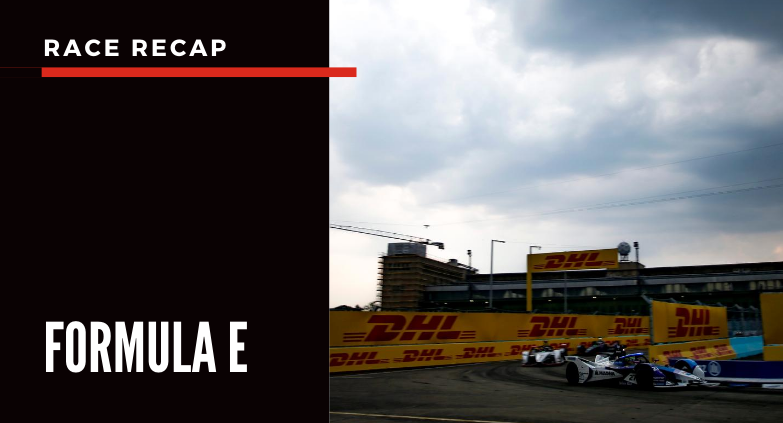 Berlin. One day after Maximilian Günther’s (GER) acclaimed victory at the Formula E season finale at Berlin-Tempelhof (GER), the BMW i Andretti Motorsport drivers failed to pick up points in the race on Sunday. Günther started from 21st on the grid after a difficult qualifying session and got caught up in a collision on the very first lap. Alexander Sims (GBR) in 13th place also finished outside the top-ten.

The problems started in qualifying when both BMW i Andretti Motorsport drivers failed to get the perfect lap and qualified in 16th and 21st places. In the very first turns of the race Günther came into contact with the rear of Oliver Turvey’s (GBR, NIO 333 FE Team) car. That brought his race to an end. He hurt his wrist in the collision and had it checked out as a precaution. Sims battled for each position in the middle of the field, but ultimately couldn’t get any further up the field than 13th place. The final two races of the season will be held in Berlin on Wednesday and Thursday.

Reactions to race 9 in Berlin:

Roger Griffiths (Team Principal BMW i Andretti Motorsport, team standings: 3rd place):
“How things can change within the space of 24 hours. We were all on a high after our win yesterday, but today was hugely disappointing, firstly due to Maximilian Günther’s accident. Before that he was unable to take his good pace from the practice session, in which he finished second, with him into qualifying. Alexander Sims was unable to find a real rhythm throughout the entire day and had difficulties moving up out of the middle of the field in the race. We have two days off now. We need to use them to repair Maximilian’s car and to understand how we can win one day and not have the pace for the leading positions the next.”

Alexander Sims (#27 BMW iFE.20, starting position: 16th place, race result: 13th place, points: 49, driver standings: 11th place):
“It was a difficult day. I had problems with the brakes in the practice session and was unable to drive any representative laps. That meant I had to go into qualifying without the optimum preparation. Despite that my lap felt good given the circumstances so I was disappointed with 16th place. Then in the race I didn’t have the necessary pace to move my way far up the field. Overall we need to understand why we can’t show what we delivered earlier on in the season here in Berlin. We still have two races to do that. We have a good team and will give everything to finish the season on a high.”