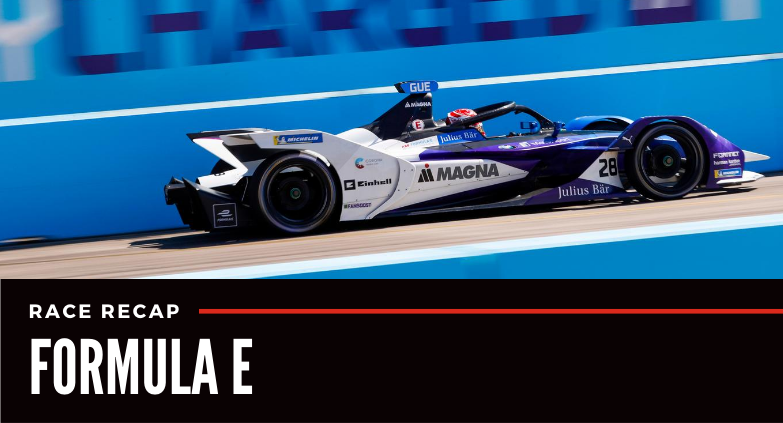 Berlin. The BMW i Andretti drivers finished outside the points in the penultimate race of this season’s ABB FIA Formula E Championship. Alexander Sims (GBR) started from 14th on the grid and came home 11th. After his crash in Sunday’s race, Maximilian Günther (GER) was again unlucky. He was hit from behind by another car at the start and suffered radiator damage, which forced him into the pits after the opening lap. After lengthy repairs, he came back out for a few ‘check laps’ shortly before the end of the race.

Reactions to race 10 in Berlin:

Roger Griffiths (Team Principal BMW i Andretti Motorsport, team standings: 3rd place):
“Unfortunately, it was another tough day for the team here in Berlin. It started very well, with the fastest time for Maximilian in practice. We were also confident in qualifying, but the grip on the track improved so enormously that the cars in the later groups were all able to go faster than us. The damage to the rear of Maximilian’s car then meant that his race was basically over before it started. Towards the end of the race, we headed back out for a few laps, just to check all the systems for tomorrow. Alexander drove a solid race, but narrowly missed out on the points in the end. Going into the final race we are third in the Team competition. We at least want to defend that with a good result.”

Maximilian Günther (#28 BMW iFE.20, starting position: 16th place, race result: DNF, points: 69, driver standings: 6th place):
“That was obviously a disappointing race. We do not have the consistency we require here in Berlin – particularly in qualifying. On top of that, having to start in Group 1 obviously does not make life any easier. We saw today that the track became so massively quicker that I had no chance of securing a place at the front of the grid, despite setting the fastest time in my group. Despite this, I had the feeling that we had a better car today than of late. However, when you are in the middle of the pack and are hit twice from behind, as I was, and have to come in to have your radiator repaired, then that is your race over. That is Formula E for you. We have to live with that, and must do our best again tomorrow to end the season on a high.”

Alexander Sims (#27 BMW iFE.20, starting position: 14th place, race result: 11th place, points: 49, driver standings: 12th place):
“That was quite an eventful race. I had a few good battles, but the fact remains that we are lacking a little pace here, particularly with my car. The goal for the final race is to turn the corner again in terms of speed, and to end the season with a good result.”