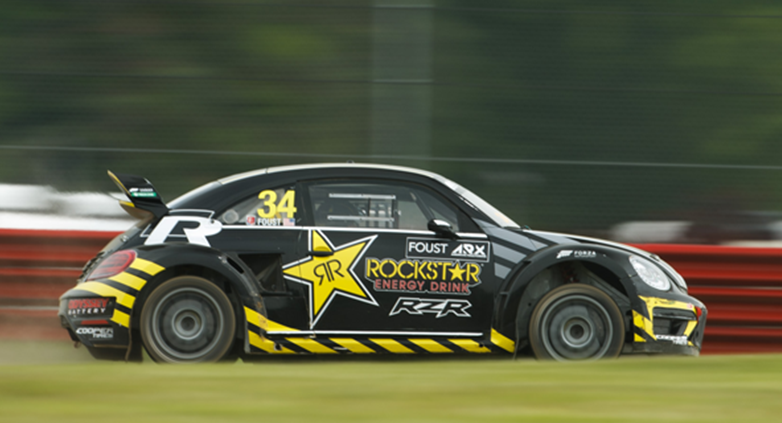 Qualifier 1: Veteran Tanner Foust drew the pole position for the first qualifier heat race of the 2019 Americas Rallycross season as the only Volkswagen in Race 1 of Q1 and finished third. Andretti Rallycross rookie, Cabot Bigham, started in fourth for Race 2 of Q1 and was able to put a four-lap time of 3:36:531.

Qualifier 2: Bigham started on the pole position in Race 1 of Q2 and finished his second qualifier heat race in third. Foust had a competitive Race 2 for Q2 but was able to take home the quickest time for Day 1 around the Mid-Ohio course with a lap time of 3:30:652.

Qualifier 3: After being fastest in Saturday's two qualifying heats, Foust earned the pole position for Race 2 of Q3 and was able to post the fastest time of his group. Bigham started on the pole for Race 1 of Q3 and put down what would be his fastest qualifying time of the weekend.

Qualifier 4: Bigham started his final qualifier heat race for the weekend on pole for Race 1 of Q4 and finished third in his heat race. Foust lined up second for Race 2  of Q4, his final qualifier of the weekend, and was able to make an impressive pass on Scott Speed while exiting his Joker Lap to capture the pole position for his Semi-Final race.

Semi-Final: Both Andretti Rallycross drivers were in Race 1 of the Semi-Final heats with hopes of advancing to the first Final of the 2019 season. Tanner Foust finished the Race 1 Semi-Final in second with a time of 5:08:906 and advancing him to the Final. Cabot Bigham worked to drive his No. 02 Oink Clothing Volkswagen into to the Final but missed advancing forward by less than two seconds.

Final: An action-packed Final to close out an action-packed weekend at the Cooper Tires ARX of Mid-Ohio. Foust started in the third position for the Final and had a great start off the line for what looked to be a podium finish for veteran driver, but Foust and No. 34 Rockstar Energy Drink Volkswagen got caught up in the narrow Turn 1 and made contact with Chris Atkinson. Foust fell to the back of the pack but was able to gain a few positions after another incident on course and moved into a fourth-place finish to start the season. 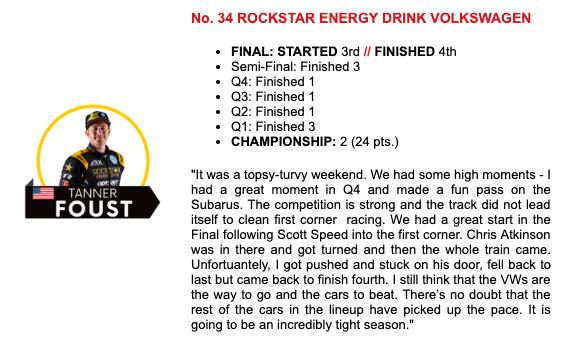 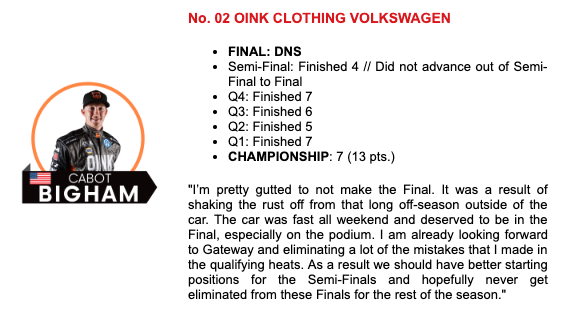