Sunshine and clear skies welcomed Race 1 on the streets of Toronto for the Indy Lights Presented by Cooper Tires team. Points leader Oliver Askew led the Andretti Autosport trio to the checkered flag, taking the second spot of the podium. Askew passed championship competitor Rinus VeeKay on the first turns of Lap 1 to take the second position and ultimately extending his championship lead to six points.

Ryan Norman drove a quiet, consistent race pushing for a podium position but finished just shy in fourth. Norman jumped one position on the championship charts to third, the highest he's sat in the championship standings of his Indy Lights career.

During Race 1 qualifying, rookie Robert Megennis made contact with the wall, suffering damage and resulting in a ninth-place start for Saturday's race. Megennis was full focus ahead during the 35-race and jumped three positions to finish sixth.

During Sunday's Race 2, rookie driver Oliver Askew started from the pole but fell back to third in the opening lap. On Lap 25, Askew was able to regain the lead and led a total of 17 race laps before capturing the checkered flag. Askew's fourth-career Indy Lights win extended the young American's championship lead to 25 points.

Ryan Norman lost ground after an off-track moment early in the race, but battled back for a fourth-place finish. Norman was closing in on a podium when the checker flag fell, but ultimately just missed out on the podium celebration, leaving Toronto with a pair of fourth-place finishes and valuable championship points.

Robert Megennis drove a quiet race during Sunday's 40-lap event. Gaining one position in the race, Megennis heads back to the U.S. with six career top-five finishes in Indy Lights. 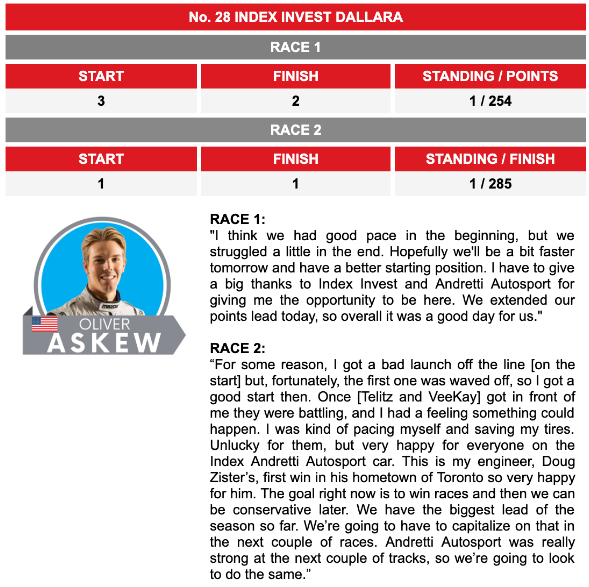 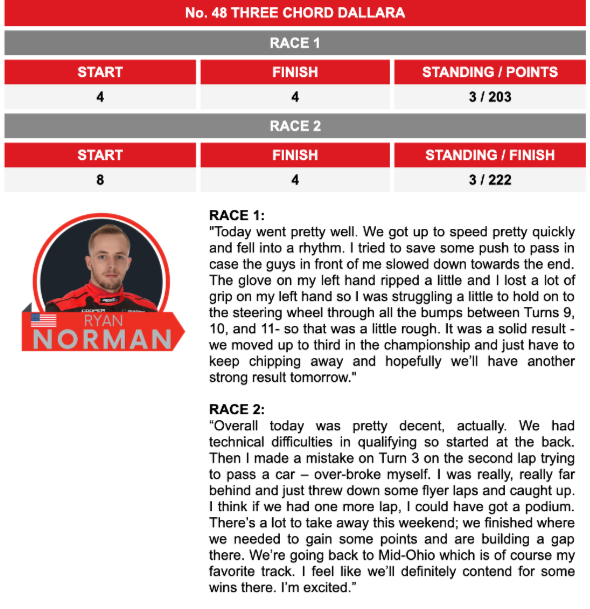 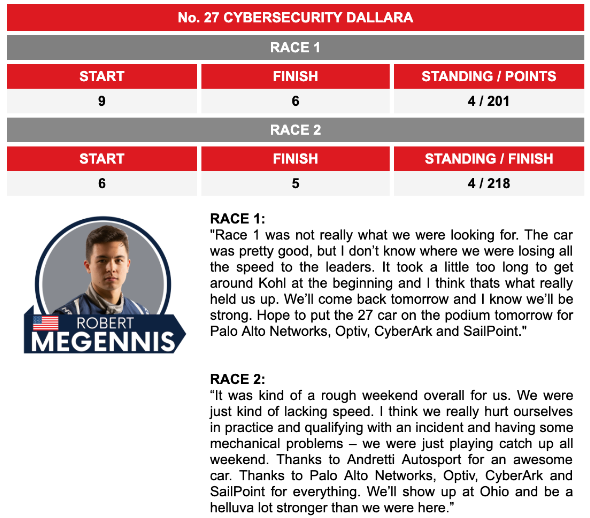