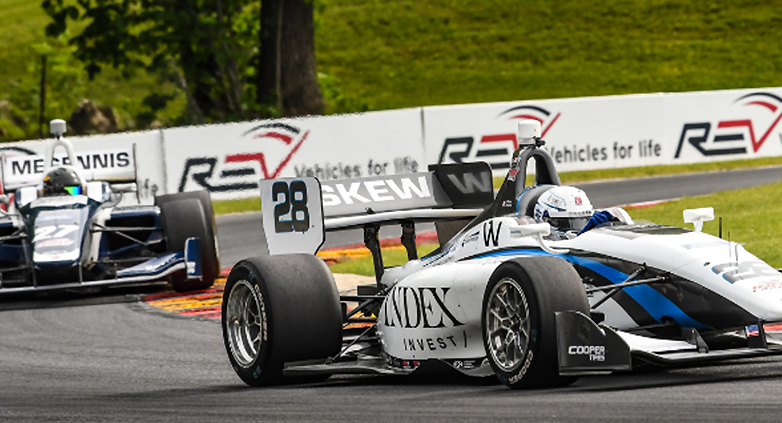 It was an action-packed afternoon for the Cooper Tires Grand Prix at Road America Race 1. Veteran Indy Lights driver Ryan Norman drove to victory for the first time in the 2019 Indy Lights Presented by Cooper Tires season and handed the Andretti Autosport Indy Lights team its fifth win of the season. Rookie Robert Megennis fought his way from fourth to pass two cars in the final few laps and finish on the podium in second. Oliver Askew brought home a fifth-place result, while maintaining the championship points lead.

A brisk and cool morning did not stop the heated battles in the Cooper Tires Grand Prix at Road America Race 2. Ryan Norman, winner for Race 1 at Road America, challenged pole sitter Rinus VeeKay on the start but VeeKay claimed the top spot for the remainder of the race. The battles did not stop there, rookie teammates for Andretti Autosport, Robert Megennis and Oliver Askew, traded spots for the third and fourth positions all race long until Askew ultimately claimed the last podium spot. Megennis was shuffled back to the sixth position during the final two laps, but was able to hold on to the third-place position in the championship battle. 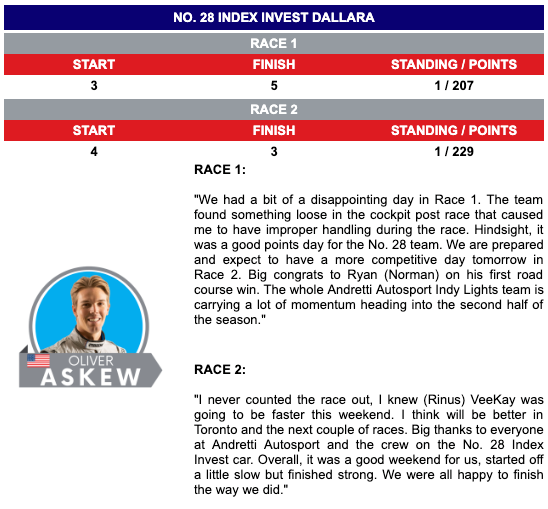 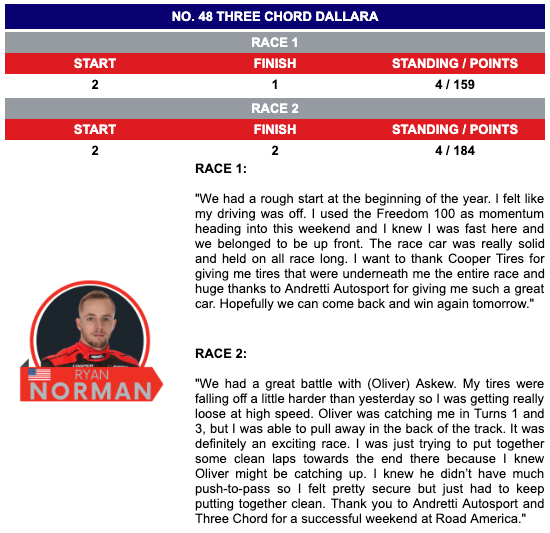