Points leader Oliver Askew battled for the lead of the race with championship rival Rinus VeeKay in the opening laps of the race before ultimately settling in and strolling to a second-place finish. Askew gathered valuable points to keep a comfortable points gap. The podium finish was the rookie's 13th, tying him for the most podiums in a single season with Alex Lloyd.

Rookie Robert Megennis earned his fifth podium finish of the season when he finished third, but that third-place finish didn't come easy. For the final 10 laps of the race, Megennis had his mirrors full with Toby Sowery and the native of New York strategically drove those final few laps to hold off Sowery for the last spot on the podium.

After a difficult qualifying session Friday, Ryan Norman took the green flag from the back of the field and was quick to try and work his way through the cars in front of him. Early in the race Norman made contact with Lucas Kohl, leaving the driver of the No. 48 with front wing damage for the remainder of the race. Despite the damage, Norman gained a position from where he started to finish the day in seventh.

Once the green flag flew for Race 2, Oliver Askew was on the move to take over the lead before locking up his tires going into Turn 1 which led to Askew falling back into the field and making contact with David Malukas. The Lap 1 incident caused a full course caution and the damage sustained to the No. 28 machine included a broken front wing along with a flat rear tire. Askew ventured to pit lane for service and the 28 crew worked quickly to fix the damage with enough time to return to the track before going a lap down.

Taking the restart from the rear of the field, Askew, understanding how valuable each point is in his championship hunt, drove through the field battling with each driver for each position. By Lap 28, Askew had made his way up to third, from where he would eventually see the checkered flag. The rookie's 14th podium-finish surpassed the record for most podiums earned in a single season.

Veteran Ryan Norman, who started Race 2 from the fifth position, narrowly avoided the Lap 1 incident and was quick to work his way up to the third position. Norman was chasing down the No. 21 machine of VeeKay for the first half of the race. The Three Chord driver ultimately finished fourth.

Following a podium finish in Race 1, Robert Megennis had qualified his No. 27 Cybersecurity machine in the seventh position for Race 2, but was penalized for accelerating past the checkered flag in Qualifying. The penalty forced Megennis to start from the rear of the field. The rookie from New York gained three positions on the start and made his way up to fourth for the restart. Megennis had his eyes set on a back-to-back podium finishes before eventually finishing fifth. 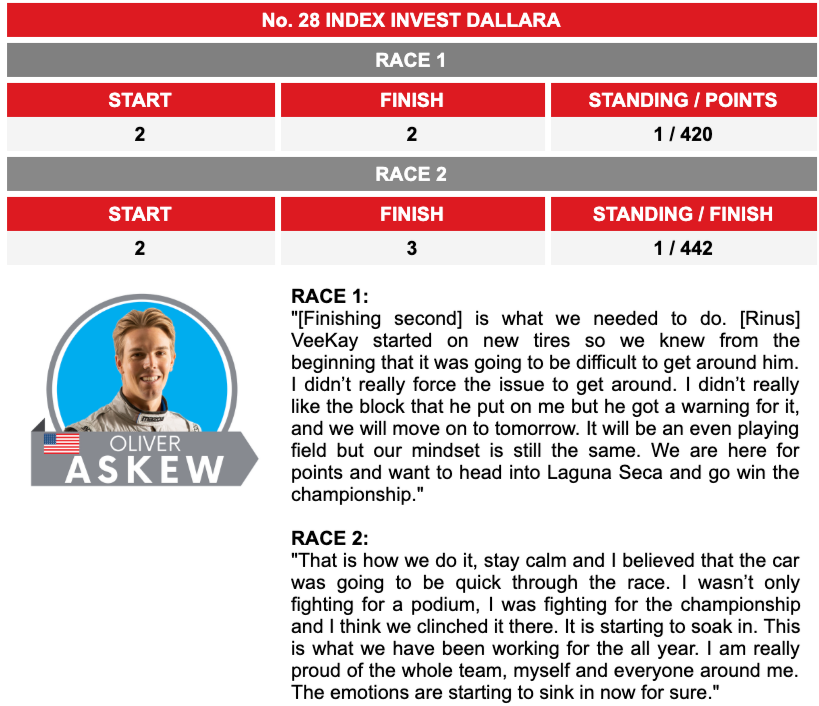 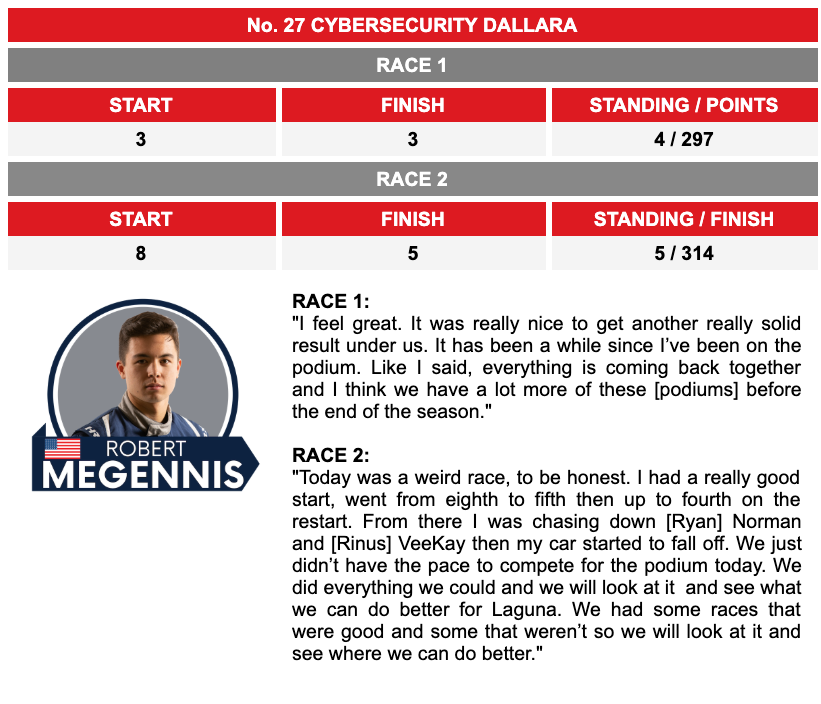 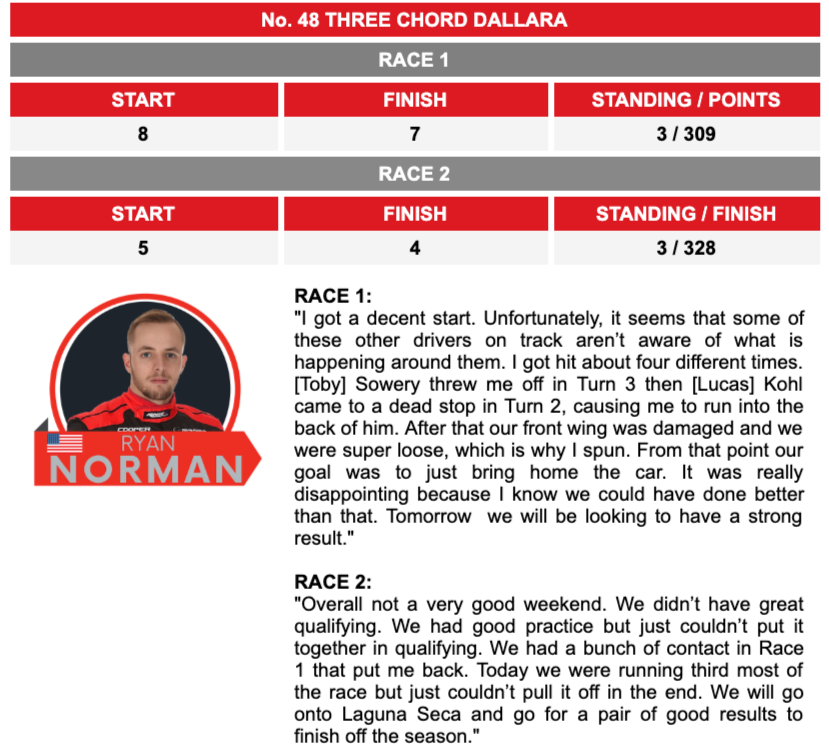