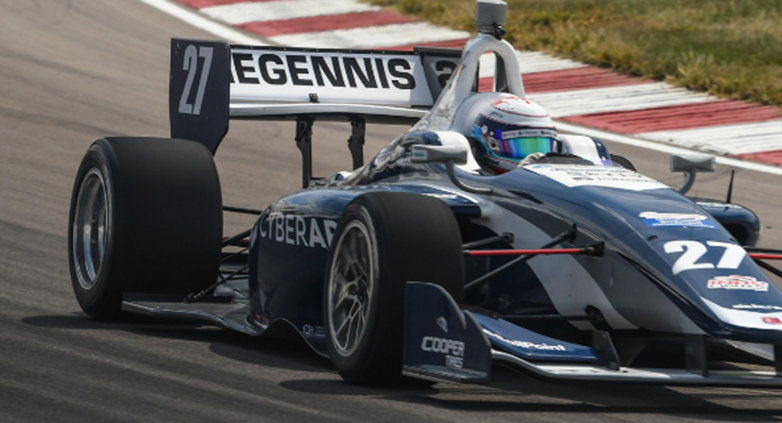 For the second and final time this season, the Indy Lights Presented by Cooper Tires drivers took the track for single-car qualifying around World Wide Technology Raceway at Gateway. In reverse championship order, rookie Robert Megennis led the Andretti Autosport trio’s qualifying attempts around the 1.25-mile track, clocking an average speed of 158.331 mph.

Ryan Norman, the 2018 Indy Lights winner at Gateway, was the fifth car to leave pit lane and posted a two-lap average of 159.248 mph, which held the provisional pole position before ultimately qualifying third.

Championship leader Oliver Askew was the last car off of the qualifying line and captured his seventh pole position of the season with a two-lap average speed of 159.918 mph, 0.630 mph faster than second-place qualifier Rinus VeeKay.

The checkered flag has officially dropped on the final oval of the 2019 Indy Lights Presented by Cooper Tires season. Going two for two on ovals this season, Oliver Askew took home the win at World Wide Technology Raceway at Gateway.

Askew, who won the only other oval on the schedule [the Freedom 100 at Indianapolis Motor Speedway], ran in second for the first half of the race behind Rinus VeeKay only to make a pass for the lead on Lap 53 and sail home to victory.

Veteran Ryan Norman, who won his first-career Indy Lights race at Gateway in 2018, capped off the final oval race with a strong fourth place finish.

After a difficult qualifying session, rookie Robert Megennis charged from seventh to fifth, his best oval finish of his Indy Lights career. 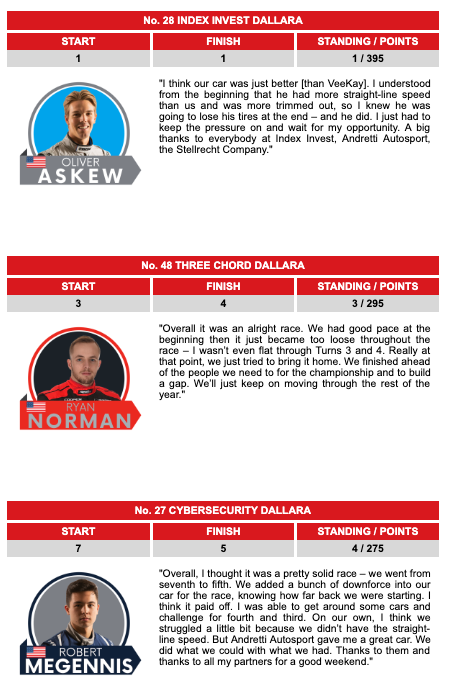