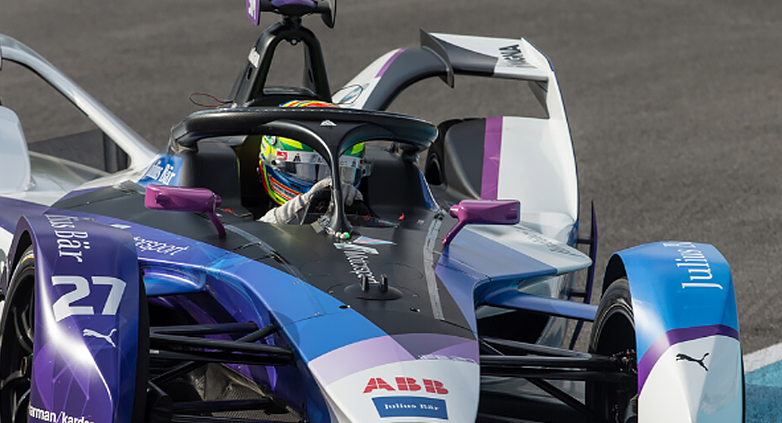 Munich. Two pole positions and one win was the fantastic result which BMW i Andretti Motorsport driver Alexander Sims (GBR) secured at the season opener of the ABB FIA Formula E Championship in Diriyah (KSA). In the second race, on Saturday, Sims celebrated a commanding victory from first place on the grid – the first in his Formula E career. With 35 points, Sims also took the lead in the driver’s standings. Maximilian Günther (GER) drove a magnificent recovery race from ninth on the grid and finished the race in second place, but a retrospective time penalty saw him drop down into 11th place.

Günther overtook two of his rivals too early at the end of a safety car period, an action which saw him awarded a 24-second time penalty after the end of the race and podium ceremony, leaving him without points. In the team standings, BMW i Andretti Motorsport are in third place with 35 points.

Reactions to race 2 of the Diriyah E-Prix:

Jens Marquardt (BMW Group Motorsport Director):
“What a race for BMW i Andretti Motorsport; what a win for Alexander Sims. After the pole position on Saturday, we knew that our BMW iFE.20 and our drivers were definitely competitive at the start of Season 6 but we had no idea that another pole position and our second win in Formula E would follow. Congratulations to Alexander and everyone at BMW i Andretti Motorsport and BMW i, in the drivetrain department, and at BMW Motorsport in Munich – a great team effort. Congratulations to Maximilian as well, who can be proud of his performance, despite the penalty. He drove a perfect race, but then overtook slightly too early. After our experience from last season, we know that it’s now all about confirming our performance in the coming races. But today I was simply proud as I followed the performance of our team at a distance in Fuji. Formula E is a TechLab for the BMW Group. This double success shows how well we are doing here – both on and off the track.”

Roger Griffiths (Team Principal BMW i Andretti Motorsport, team standings: 3rd place):
“This is a fantastic success for all of us demonstrating an amazing team spirit – particularly after the disappointment that we experienced after yesterday’s race. Evidently, Alexander slept well and woke up a winner. He adapted superbly to the changed conditions with more grip on the track. He drove a very clever race, and the team did everything right in terms of tactics. Despite the retrospective penalty, kudos to Maximilian as well, who drove a fantastic defensive race. It’s great how he kept Lucas di Grassi in attack mode behind him. He is still very young and no doubt his time as a race winner in Formula E will come.”

Alexander Sims (#27 BMW iFE.20, qualifying result: 1st place, race result: 1st place, points: 35, driver standings: 1st place):
“The feeling I had as I crossed the finish line was indescribable. It was a fantastic day. We had a smooth race today, and the BMW iFE.20 felt really great. We learned our lessons from the problems that we experienced yesterday. Many thanks to the team, who were with me through the difficult times last season. After the tests we knew that we had a strong car, but we never expected things to go as well here in Diriyah as they have. You can’t plan for something like this in such a hotly contested race series.”

Maximilian Günther (#28 BMW iFE.20, qualifying result: 9th place, race result: 11th place, points: 0, driver standings: 18th place):
“Naturally, it is tough to be awarded a penalty like that retrospectively. The situation at the restart after the safety car period was unclear and it was frantic. Stoffel Vandoorne obviously made a quick decision to drive into the attack zone, which saw me come into contact with him slightly and damage the front of my car. Also, I was already alongside him at that point, and from my perspective there was no turning back. The action was unfortunate and I had hoped that it would be okay. The race officials saw things differently. I have to accept this decision. What remains is the fact that I drove a strong race and have the speed to finish on the podium. I will build on this as the season progresses. Congratulations to Alexander on his win. It’s a huge success for the team. Many thanks to everyone who made this strong performance possible – both here at the track and at BMW in Munich.”