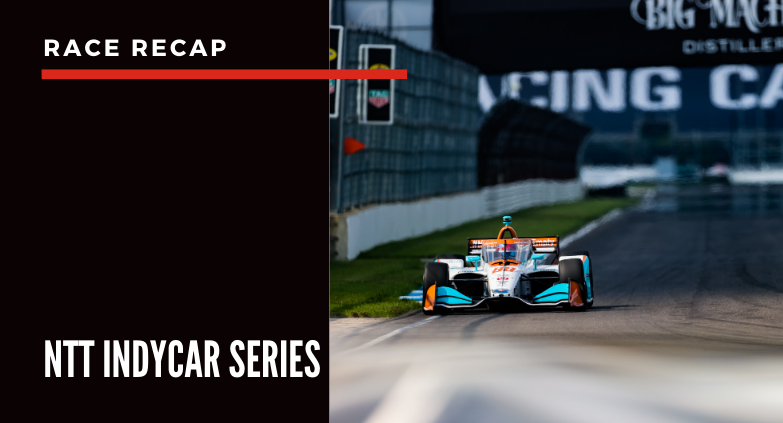 Round 2 of NTT INDYCAR SERIES competition is complete after a historic racing weekend at the Indianapolis Motor Speedway with the NTT INDYCAR SERIES racing Saturday and NASCAR taking the track Sunday - the first time America’s top two racing series have shared a circuit for a race event.

The condensed GMR Grand Prix weekend saw just one practice session before qualifying Friday, followed by a brief warmup and 80-lap main event in Saturday's Indiana heat. The race was run without fans in attendance due to precautions surrounding the ongoing global health crisis.

Colton Herta had his best start on the Indianapolis Motor Speedway road course in third. He kept his No. 88 Gleaners Food Bank of Indiana Honda on pace throughout the race and added another top-five finish to his resume with fourth place. This was Gleaners Food Bank's first race with the 88 team in support of the #NoOneRunsOnEmpty campaign, the Gleaners livery will return in August for the Indianapolis 500.

The No. 29 Genesys car rose as high as second through pit sequencing before a fueling mishap caused the need for fuel conservation. James Hinchcliffe worked up to an 11th-place finish after starting in 19th. Hinch now steps out too the car, next returning to the team for the 104th Running of the Indianapolis 500 in August. He joins the NBC broadcast in the meantime.

After qualifying 12th, the 28 team lost significant time due to a pit equipment issue on the first pit stop, which led to Ryan Hunter-Reay fighting his way back from 22nd. RHR kept great pace and the car tidy, ultimately ending the day with a 13th-place finish.

Following a rough qualifying session with brake issues, Zach Veach started 22nd for the grand prix. The Gainbridge Honda was making improvements throughout the race but came in contact with the 98 about halfway through. With minor damage, Veach was able to secure a 14th-place finish.

The No. 98 U.S. Concrete / Curb Honda of Marco Andretti ran in the top five throughout Friday's practice, with his fastest lap time of 1:10.48. Andretti went on the qualify 25th for the GMR Grand Prix and was running just outside of the top 10 until making contact with Veach halfway through the race which led to a damaged car and a 22nd-place result.

Rossi qualified his No. 27 AutoNation / NAPA AUTO PARTS Honda 11th after facing fuel pump issues, missing time in the sole practice session of the weekend. After seemingly resolving the issue, Rossi's low fuel pressure resurfaced during the restart after a full course yellow caused by Oliver Askew and had to retire from the race on lap 41, finishing 25th.