The Month of May officially began with Friday's Indy Lights Grand Prix of Indianapolis Race 1 and the bar was set for the reminder of the month. Rookie Robert Megennis started on pole for the first time in his Indy Lights career and battled with teammate Oliver Askew early in the race. After losing the lead for two laps, Megennis darted back to the front where he dominated all the way to the checkered flag, earning his first career Indy Lights race win and his third-consecutive podium finish.Askew fought Megennis hard from behind in second, making multiple attempts to pass his teammate. After success on Lap 3, the young American led two laps before dropping back into second place where he would remain comfortably for the remainder of the race. Askew's second-place finish in Race 1 recorded his fourth-consecutive podium finish.

Veteran driver Ryan Norman also made an appearance in the battle for the first and second positions. After starting fourth, the native of Ohio worked his way to third before falling back to fifth mid-race. Before the checkered flags were waved, Norman gain one additional spot to cross the finish line in fourth, recording his best finish of the season.

After starting the race race from second, Megennis battled for the first position before finding himself in the grass and falling back as far as sixth. Picking his way through the field, Megennis worked his way up to the fourth position and claimed the third spot for a brief moment near the end of the race.

Starting from third, Ryan Norman made contact in Turn 1 of Lap 1, but managed to continue on mid-pack. However, before the first lap was complete, the Ohio-native spun on track and fell back to ninth. Mid-way through the race, Norman was able to get around Lucas Kohl and set the fastest lap of the race to that point. 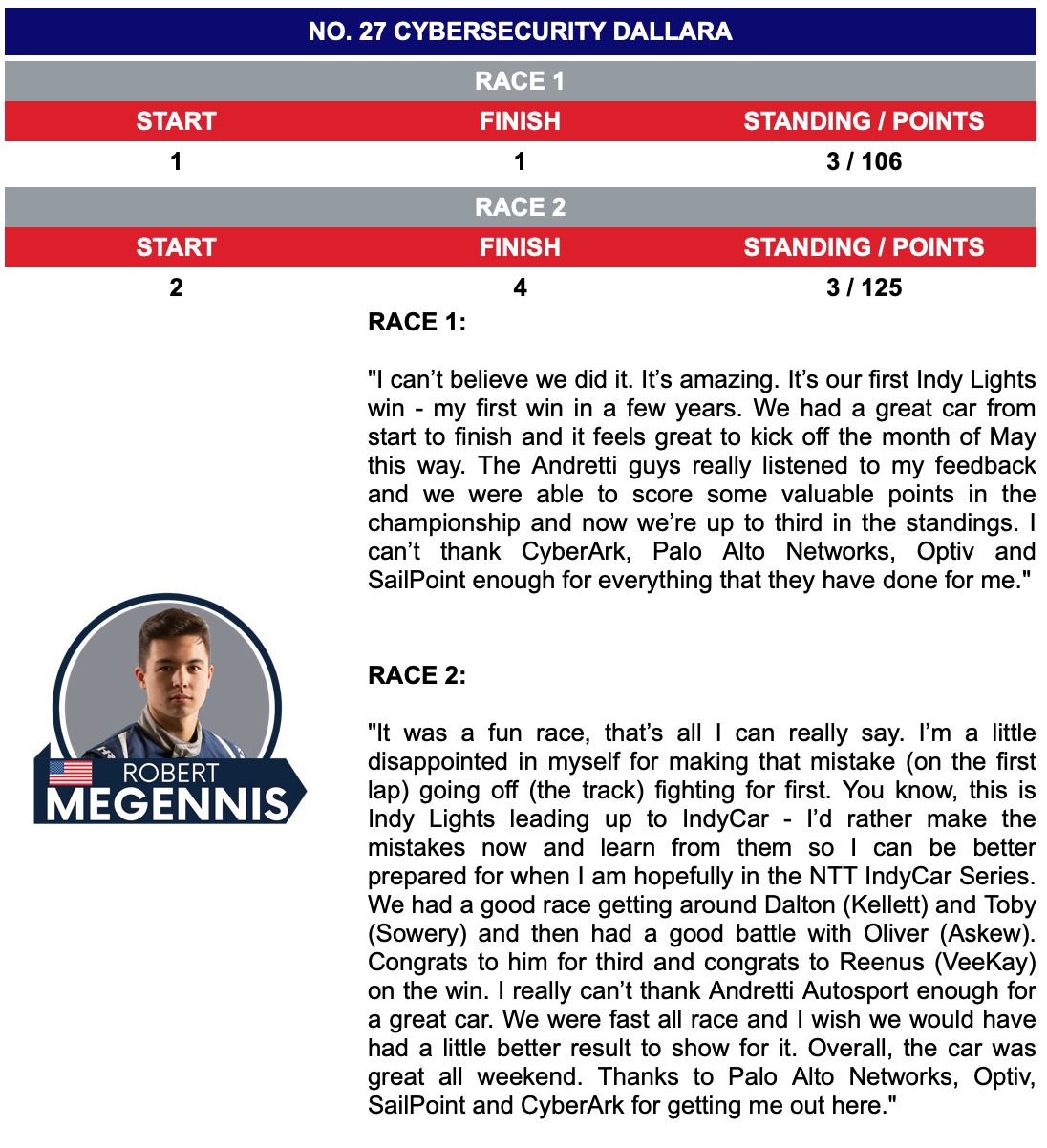