The first 30-minute qualifying session for the Indy Lights presented by Cooper Tires displayed the tight competitiveness between the 10-car field. Andretti Autosport rookie Oliver Askew was the top qualifier for the Indy Lights Grand Prix of St. Petersburg Race 1, starting on the inside of Row 2 in the third position. Rookie Robert Megennis positioned his No. 27 machine behind his teammate to start fifth. After leading practice earlier in the morning, Ryan Norman came up just a bit short in qualifying to start seventh.

The green flag flew for the first time on the streets of St. Petersburg, Florida in Race 1 of the double header weekend for Indy Lights presented by Cooper Tires. Andretti Autosport put on a strong display for the first race of the season resulting in the team’s and Oliver Askew’s first podium for the year with a third-place finish. Heat, a tough track and competitive field made for minimal passing on track and resulted in zero yellow flags in the 35-lap race. Robert Megennis finished his first Indy Lights race in sixth and Ryan Norman finished seventh.

The double header weekend for the Andretti Autosport Indy Lights had quite the start to the 2019 Indy Lights presented by Cooper Tires season. Indy Lights rookie Oliver Askew started from the pole position for Race 2. Askew took the lead heading into Turn 2 before making contact with Rinus Veekay and ended up in the wall. The race went back to green until seven laps to go when Robert Megennis made contact with the wall to bring out the race’s second full-course caution. Ryan Norman brought home his No. 48 EVO Dallara in sixth place for Race 2. 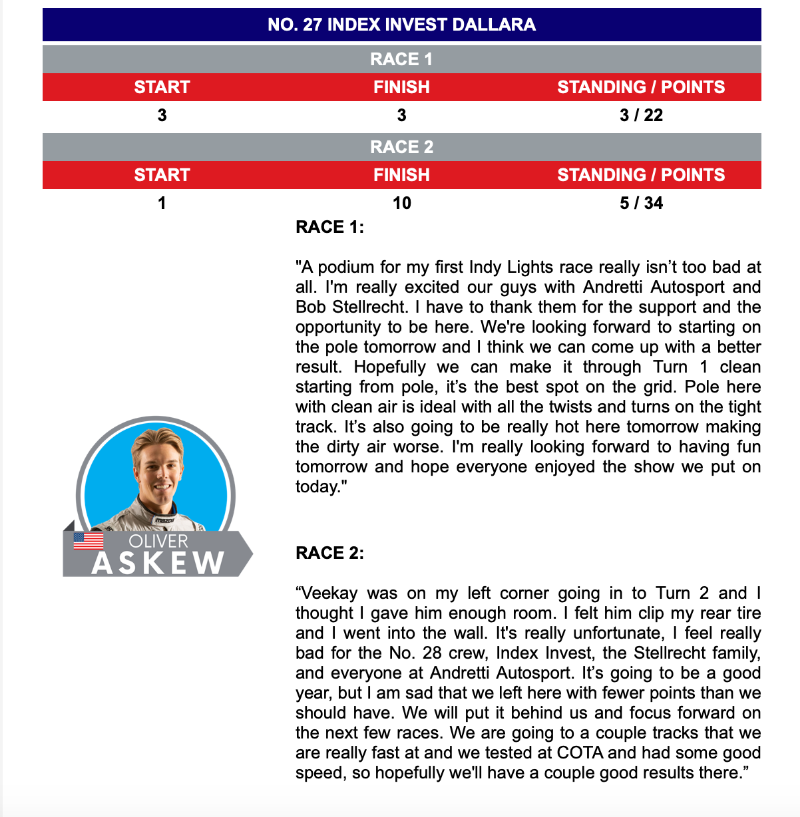 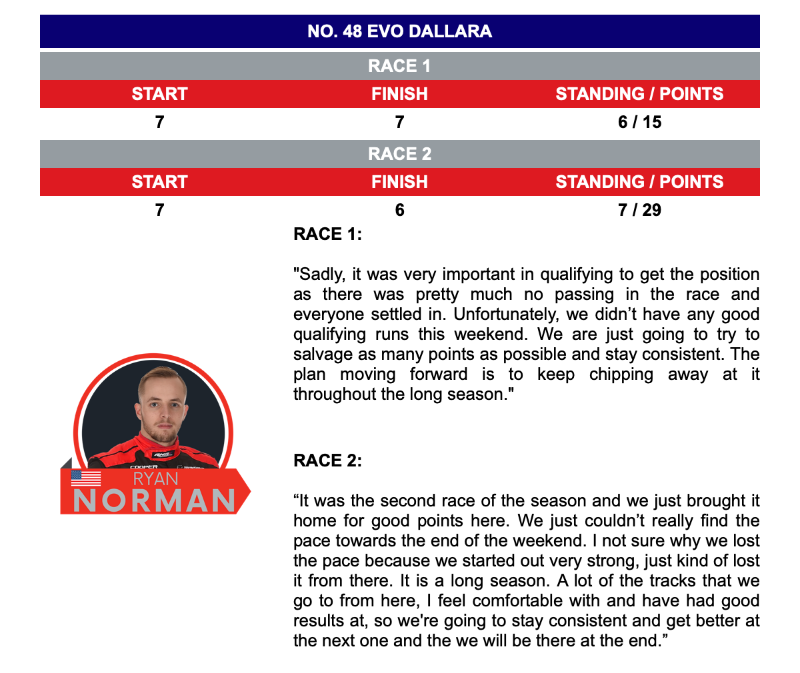 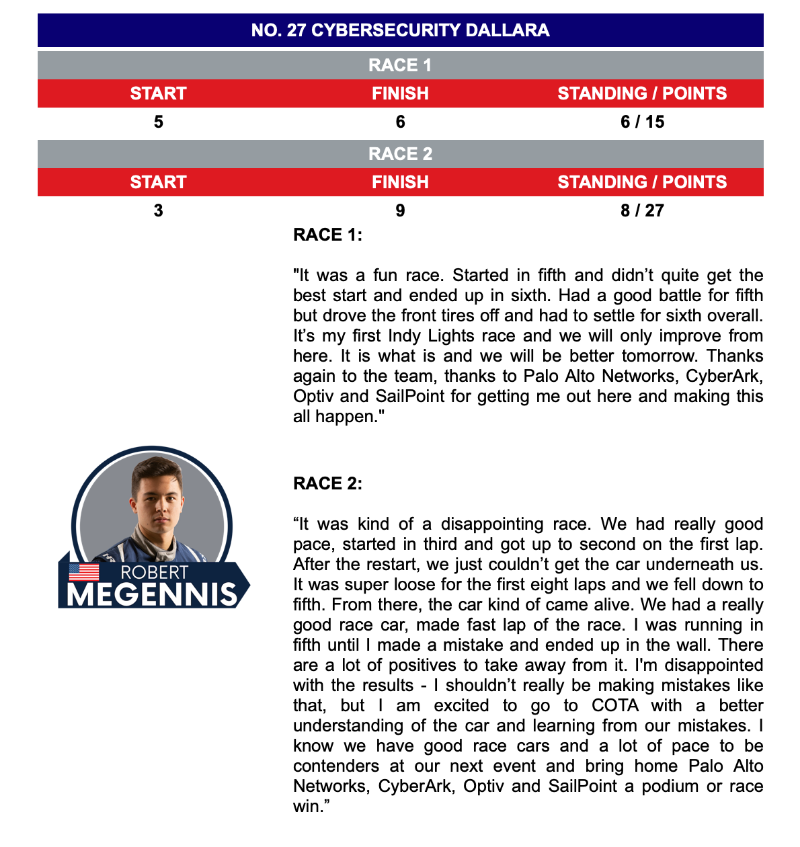