For the first time since 2016, Andretti Autosport was not represented beyond the first round of qualifying. It was a 'strange' qualifying, according to the drivers, who each noted the car felt normal and they were just simply missing pace. Marco Andretti and Alexander Rossi represented the team in Group 1 of qualifying with Ryan Hunter-Reay and Zach Veach in Group 2.

The quartet of drivers were forced to settle with mid-to-rear grid positions for the 85-lap race.

With mid-to-rear starting positions for the Andretti Autosport drivers, the goal for the INDYCAR Grand Prix was to stay clean at the start of the race and hold a good strategy based on the unknowns of weather and yellow flags. Unfortunately, a clean start to the race was out of the picture for Alexander Rossi who was hit from behind before the green flag was even waved. The contact forced the No. 27 to limp around the IMS road course and head back to the pits to fix the suspension on the NAPA AUTO PARTS car, leaving Rossi four laps down when he headed back on track.

Ryan Hunter-Reay suffered a similar fate when on Lap 15 when his racing machine was hit from the rear spinning the yellow and red car into another stopped car on track. Fortunately for the DHL team the damage was minimal and Hunter-Reay only went down one lap.

When the rain began to sprinkle over the track, the strategy call took a larger role. A few laps after the light rain began, a yellow flag was waved and the strategists and drivers were forced to make a call on whether or not to switch to the Firestone rain tires or remain on tires for dry race conditions. Marco Andretti was able to dive into the pits before the yellow came out and the team opted for the Firestone Wets for the remainder of the race. Zach Veach also came to pit lane before the yellow but chose Firestone Reds.

From that point on, the race was far less dramatic than the first half. With 18 laps to race after the green flag was waved once again, Zach Veach made his way up to the 12th position with Marco Andretti just behind him in 13th. Ryan Hunter-Reay finished 20th and Alexander Rossi 22nd. 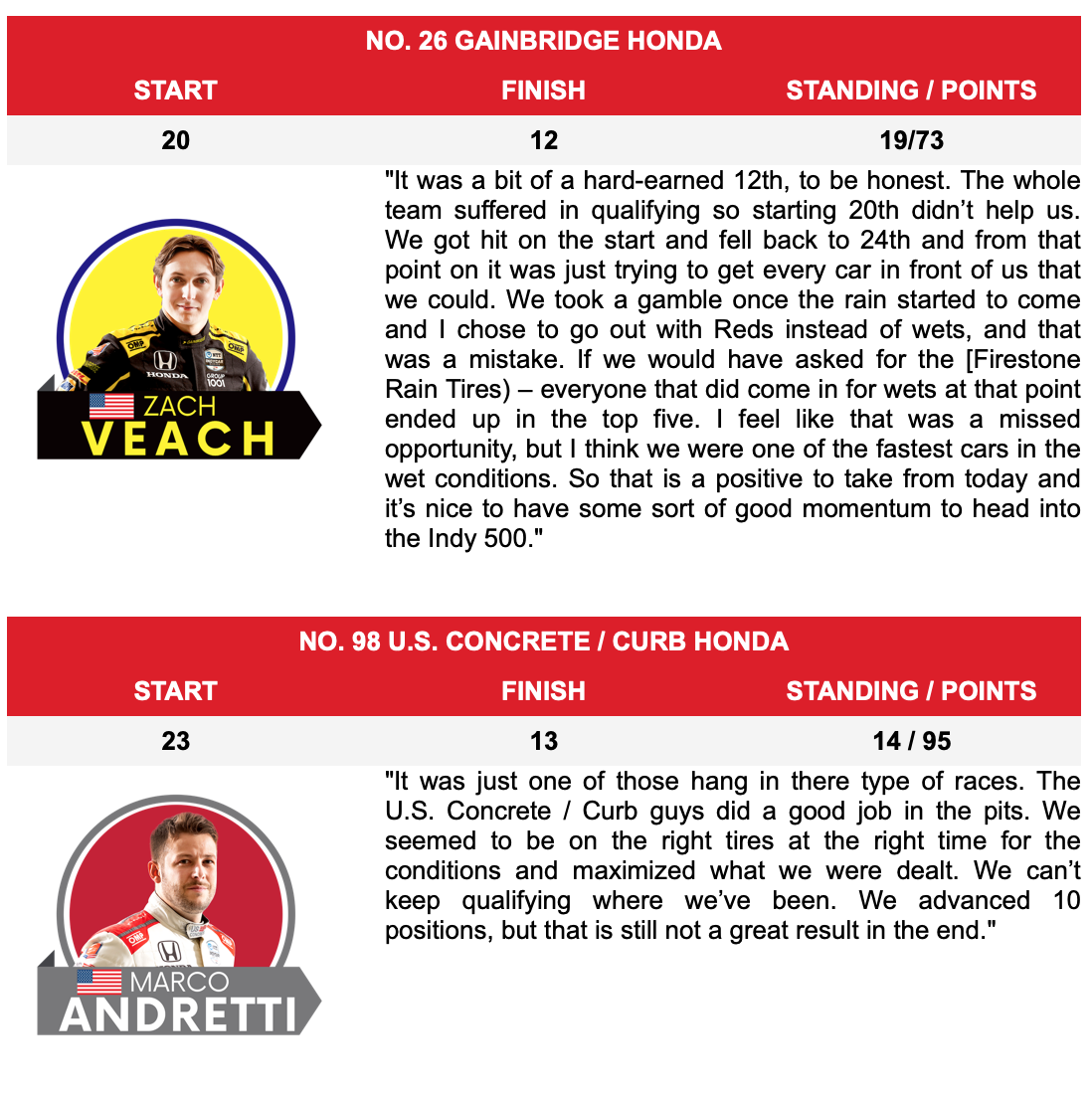 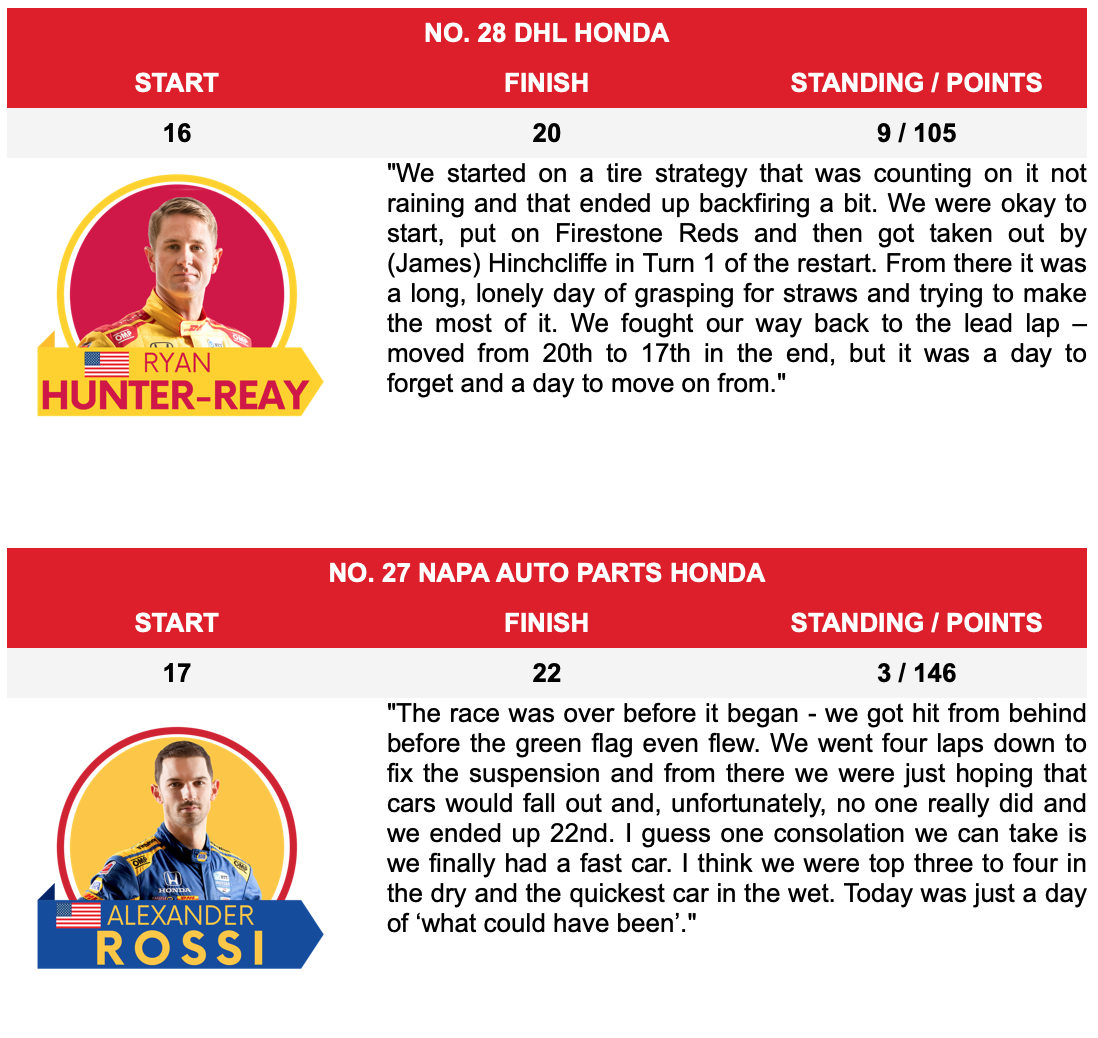