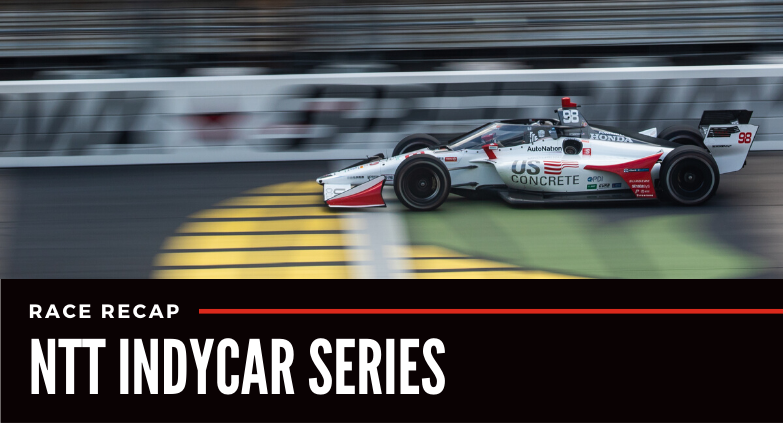 The last of two consecutive, doubleheader weekends is complete for the NTT INDYCAR SERIES with the conclusion of the Iowa INDYCAR 250s at Iowa Speedway, they head to Mid-Ohio with 2,000 more left turns under their belts.

The 27 AutoNation / NAPA AUTO PARTS car of Alexander Rossi and 98 U.S. Concrete / Curb car of Marco Andretti topped off the weekend for the team with a combined three top-10 finishes across the two events. It was a valuable points weekend for Rossi, who climbed eight spots in the championship standings; and a fresh new outlook to the season for the 98 team after having a 2020 plagued with mishaps so far.

Zach Veach once again drove a clean weekend but had handling issues with the Gainbridge Honda.

After qualifying inside the top five and then making contact with Rinus Veekay in Race 1, the 88 crew worked late Friday night into Saturday morning repairing the car to finish 19th in Race 2. This was Colton Herta's first weekend in the 2020 season finishing outside of the top 10.

Ryan Hunter-Reay, a three-time winner at Iowa Speedway, suffered spins at pit exit both nights in the 28 machine, but was able to push through Race 1. Unfortunately, in Race 2 the DHL team was forced to retire early in after making contact with the wall at pit exit, RHR started that race from fourth.