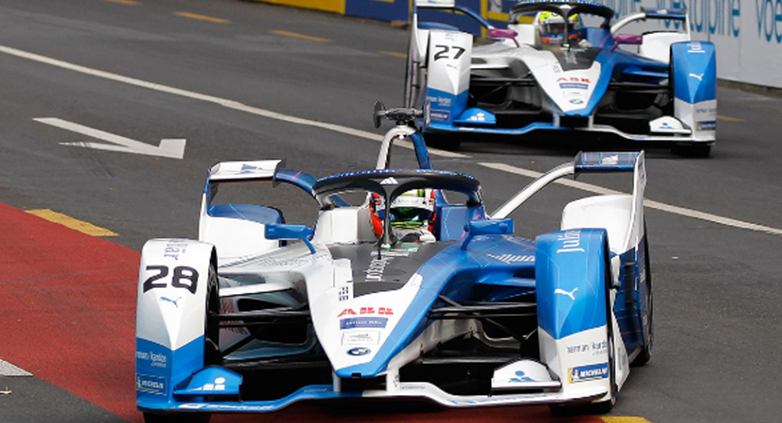 Bern. BMW i Andretti Motorsport was unable to back up the strong performances last time out at the team’s home race in Berlin (GER) as the European leg of this season’s ABB FIA Formula E Championship drew to a close in Bern (SUI). António Félix da Costa (POR) and Alexander Sims (GBR) finished 12th and 14that the Swiss E-Prix.

Sims started the race from 17th on the grid and Félix da Costa from 20th following a difficult qualifying. Over the course of the race, which was initially interrupted and then re-started following a crash on the opening lap, the two BMW i Andretti Motorsport drivers did manage to work their way up the order. However, with overtaking very difficult on the narrow circuit, a points finish was ultimately a step too far. Victory went to Jean Éric Vergne (FRA, Techeetah).

Reactions to the Swiss E-Prix:

Roger Griffiths (BMW i Andretti Motorsport team principal):
“We expected more from this race. Unfortunately, we had a few minor technical issues in the first practice session, which we were able to solve, but which cost us valuable time. By the time we went into qualifying, we did not have the perfect set-up for this track. Unfortunately, that was reflected in our grid positions. It is extremely difficult to climb into the top ten from so far back on such a narrow circuit. Our drivers did a good job in the race, but were not rewarded with any points.”

António Félix da Costa (#28 BMW iFE.18, qualifying result: 20th place, race result: 12th place, FANBOOST voting: 2nd place, points: 82):
“No points – that was not a good day for us. Unfortunately, it began with a disappointing qualifying. There are reasons for us lacking pace, but we will still have to analyse them closely. From our grid positions, it was difficult to make much progress in the race. The result is obviously a set-back for me in the Drivers’ Championship. It is now important to end the season with as positive results as possible in New York.”

Alexander Sims (#27 BMW iFE.18, qualifying result: 17th place, race result: 14thplace, FANBOOST voting: 17th place, points: 24):
“Our race pace was far better than in qualifying. We have to understand why we cannot realise our potential in qualifying. That is obviously a great shame. I was then hit by another car in the race, as a result of which I lost some positions. Who knows, maybe I could have finished in the points were it not for this incident.“