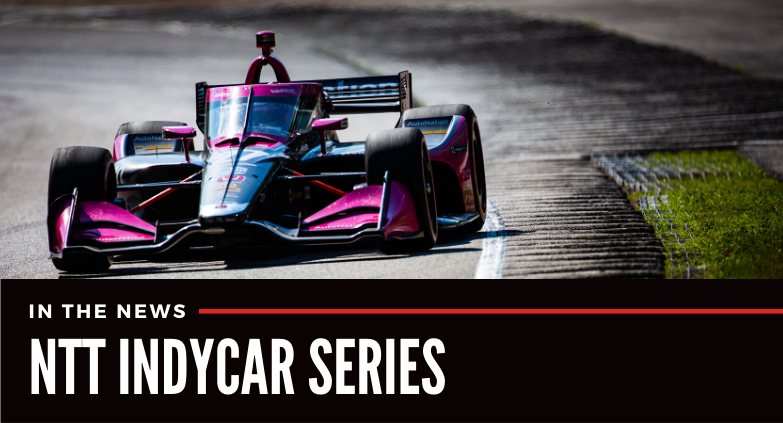 “After the last couple races, it’s good to finish on the lead lap,” Alexander Rossi said with a fair bit of understatement after placing third at Road America, where he ridded himself of the burdensome monkey that’s been on his back since the season opener in Texas.

It wasn’t a statement-making win like he earned last year at Road America in the No. 27 Honda, but after three straight races where various misfortunes rained on his Andretti Autosport entry, getting back to business with a quality run from 10th to third was a welcome reminder of better times.

“There has never been a question of our commitment and determination, and I think that was on display today,” he added. “We just kept our heads down and kept working at it. It was good to get some momentum going, at least. Our season started later than others, but we’re going to take this to Iowa next weekend and hopefully continue on this trend.”

With three straight finishes of 15th or worse, the podium trip vaulted Rossi from 23rd in the standings after Saturday’s 19th-place finish to 18th in the championship leaving Wisconsin. If he can keep the misfortune at bay in a few days when IndyCar kicks off another doubleheader — this time on the 0.875-mile Iowa oval — there’s a strong chance of moving the No. 27 entry near the top 10.

“Things are going the right direction; we just have to keep executing,” he said.