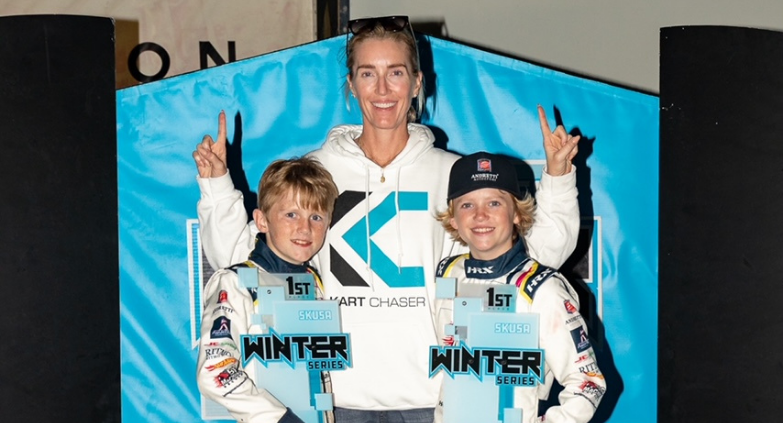 Sebastian and Oliver Wheldon, both Junior Development Drivers with Andretti Autosport, kicked off the 2022 race season by capturing the SKUSA Winter Series championships in their respective divisions under the direction of Leo Colman of JC Karting. Sebastian and Oliver have been with JC Karting since 2019, based out of Homestead, Florida.


SKUSA Winter Series consists of four rounds, all taking place at AMR Motorplex in Homestead, Florida. The first and second rounds took place Jan. 8-9. Oliver took home the win in the Mini class in a Kosmic chassis with a Woltjer engine. Big brother Sebastian was not to be out done; he won the X30 Junior race, also in a Kosmic chassis with a SpeedLab Racing Engine. Oliver Wheldon went on to claim the top spot in Round 2, while Sebastian finished eighth in his class.


Sebastian advanced to compete in Round 2 of the RokCup Florida Winter Tour in St. Petersburg, Florida, at Tropicana Stadium Feb. 20 where he finished sixth in the ROK Junior class. Oliver took the weekend off to recover from a previous injury he suffered in the first round at Pompano Beach.


The boys will be back in action in Orlando to kickoff the USPKS Championship on March 3. The last round of the RokCup Florida Winter Tour will take place again in Orlando March 13.