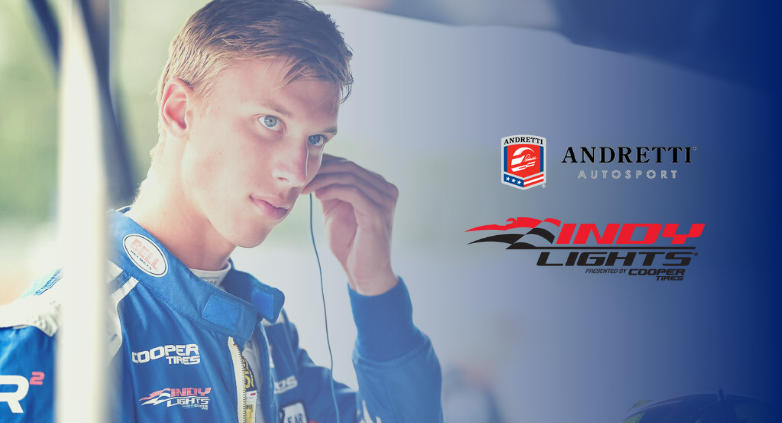 “We are pleased to welcome Sting Ray Robb to Andretti Autosport’s Indy Lights program for 2022,” said J-F Thormann, President, Andretti Autosport. “Sting Ray has shown great progress and talent over the course of his Road to Indy career, and we look forward to seeing what he can accomplish in Indy Lights next season.”

During Sting Ray’s run in the Road to Indy, the 20-year-old made 61 starts, captured seven victories, 18 podiums, started from pole position seven times, set four track records, was the AIM Move of the Year recipient twice and was the only driver in 2020 to complete all 485 laps of the Indy Pro 2000 season. With the 2020 Indy Pro 2000 scholarship, Sting Ray entered the 2021 Indy Lights field and secured a top-10 result in 15 of his 20 starts during the season. He also garnered his second Spirit Award, presented by the Road to Indy and Kids on Track program.

“I’m so thrilled to be joining the Andretti Autosport family - their history in motorsports is phenomenal and second to none,” said Robb. “With their experience and resources, I am looking forward to some amazing results. I saw tremendous growth as a driver this past season and am anticipating using all those tools as I move moving forward with the Andretti Autosport team. As I team up with Andretti, I am confident that the Indy Lights Championship is an achievable goal. A huge thank you to everyone at Andretti Autosport for believing in my ability and talent. And, to all you TEAM SR2 fans who have supported me as family, friends and partners, I thank you with a grateful heart. I know that we are all beyond excited to see what the 2022 season has in store, but before then, there is work to be done. Thank you, God for allowing me another season with You behind the wheel with such a great team.”

Sting Ray will make his debut in the No. 2 Andretti Autosport machine for the first time at this weekend’s Chris Griffis Memorial Test on the road course at the Indianapolis Motor Speedway.