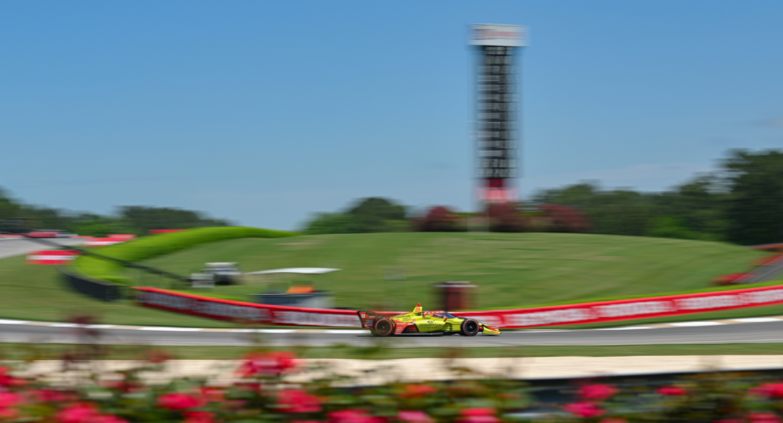 Andretti Autosport and the NTT INDYCAR SERIES started race day off at Barber Motorsports Park a bit soggy, but by the time the Honda Indy Grand Prix of Alabama went green, it was nothing but blue skies.


After red flags ended qualifying sessions early for Devlin DeFrancesco, Colton Herta and Romain Grosjean, the drivers were game to make up for lost positions. In addition, Alexander Rossi wanted to make the most of his fifth-place starting position, his highest of the 2022 season.


Grosjean was battered and bruised when he reached his seventh-place finish position after taction with multiple cars. Barber Motorsports Park is a high-speed natural terrain circuit with limited passing opportunities. Grosjean proved Barber's physically demanding as he fought to the front before the checkered flag flew.


Rossi looked to break through for a podium finish as he rotated back and forth from the fourth and fifth place position. A reshuffle in pit lane pushed Rossi further down the field. However, his experience and racecraft shined as he fought back to ninth and saved fuel on his two-pit stop strategy. Rossi finished the Honda Indy Grand Prix of Alabama ninth. The Saturday rebuild of the No. 27 Honda was fully rectified with the finish. The crew put the car back together in under two hours for INDYCAR qualifying where Rossi would go on to the Firestone Fast Six.

Herta was on a mission to win. Barber Motorsports Park has not been kind to the 22-year-old racing phenom since entering the NTT INDYCAR SERIES, but Herta was determined to change his luck. Herta started the race 10th and rotated to the back before the Gainbridge driver battled his way through the field to make his way as high as fourth. However, yellow flags and a spin would negate much of his hard work and strategy during the race. He went on to finish the race 10th overall.


DeFrancesco was the second-highest finishing rookie of the day. DeFrancesco finally entered a race weekend with previous knowledge and success from racing on the course with the Indy Lights series. The series rookie started his race from the 20th position and finished 17th out of the 27-car field. DeFrancesco pushed forward through the race, halted only once when a yellow flag saw him restart on the slower, black Firestone tires.


Andretti Autosport now heads into the month of May with the GMR Grand Prix kicking off events Saturday, May 14. The Indianapolis Motor Speedway road course is a 2.439-mile, 14-turn circuit that incorporates Turns 1 and 2 of the famed Indianapolis 500 oval. Fans can follow the race on NBC, NBC Peacock, INDYCAR Radio and Sirius XM. Viewers watching internationally can watch the race with the INDYCAR Live! App starting at 3 p.m. ET.